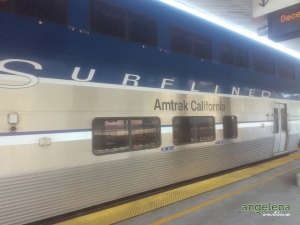 Right then, this blog is well overdue and this is partly due to all the amount of stuff I have been up to over the last week and a bit… I finally stepped up my travel game and got a train to Solana Beach (just outside of San Diego) to meet my next host! The train seems like such luxury after all the greyhound buses I have been on and they are double-decker trains, which is cool. Once I arrive my host Ryan picks me up (Ryan is part of my extended family from my mother’s side in South Africa) and takes me back to his place where I can catch up with some work alongside having a beer and watching the sunset! Later that evening we go for some Californian style Mexican food, fish tacos and steak taquitos for me, delicious!!! 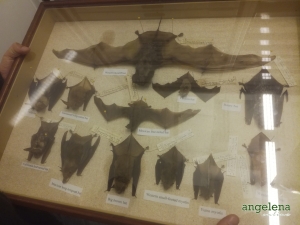 The next morning is an early start, as I am heading into San Diego to meet Drew Stokes, the ‘Bat Man of San Diego’ at the S.D. Natural History Museum! We spent a good couple of hours talking about bats both here and in the UK as well as the discussing the differences in the two countries, such as legislation and protection. Drew tells me about his work across the county surveying for bats both with static bat detectors and through trapping and a bit more about the species he is most concerned with. (In the UK bats are a protected species and we are generally a bit more batty for bats with most counties having dedicated bat volunteers as part of local bat groups!) 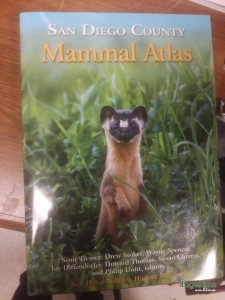 After that we headed into the collections department to have a look at some specimens of American bats!!! Some of these date back all the way to the 1930s and its cool to see the colour variations of the same species from different parts of the country, they have 22 species of bat in Southern California and some of these can be seen in the picture here. The collections here at the museum house 25000 mammals; 50000 birds and 70000 reptiles!

I also got to meet Philip Unitt, an ornithologist who has been the collection manager and curator for the San Diego Natural History Museum’s Department of Birds and Mammals since for over 30 years. He has published over 30 papers on the distribution, ecology, identification, and conservation of birds, primarily in southern California! Super cool guy and so knowledgeable… Which reminds me the guys have just launched a book titled ‘San Diego County Mammal Atlas’ which will serve as the definitive guide to the mammals of San Diego County! The book covers the biology of all 91 terrestrial species and 31 inshore marine visitors and covers their identification, distribution, natural history, and the conservation challenges they face… 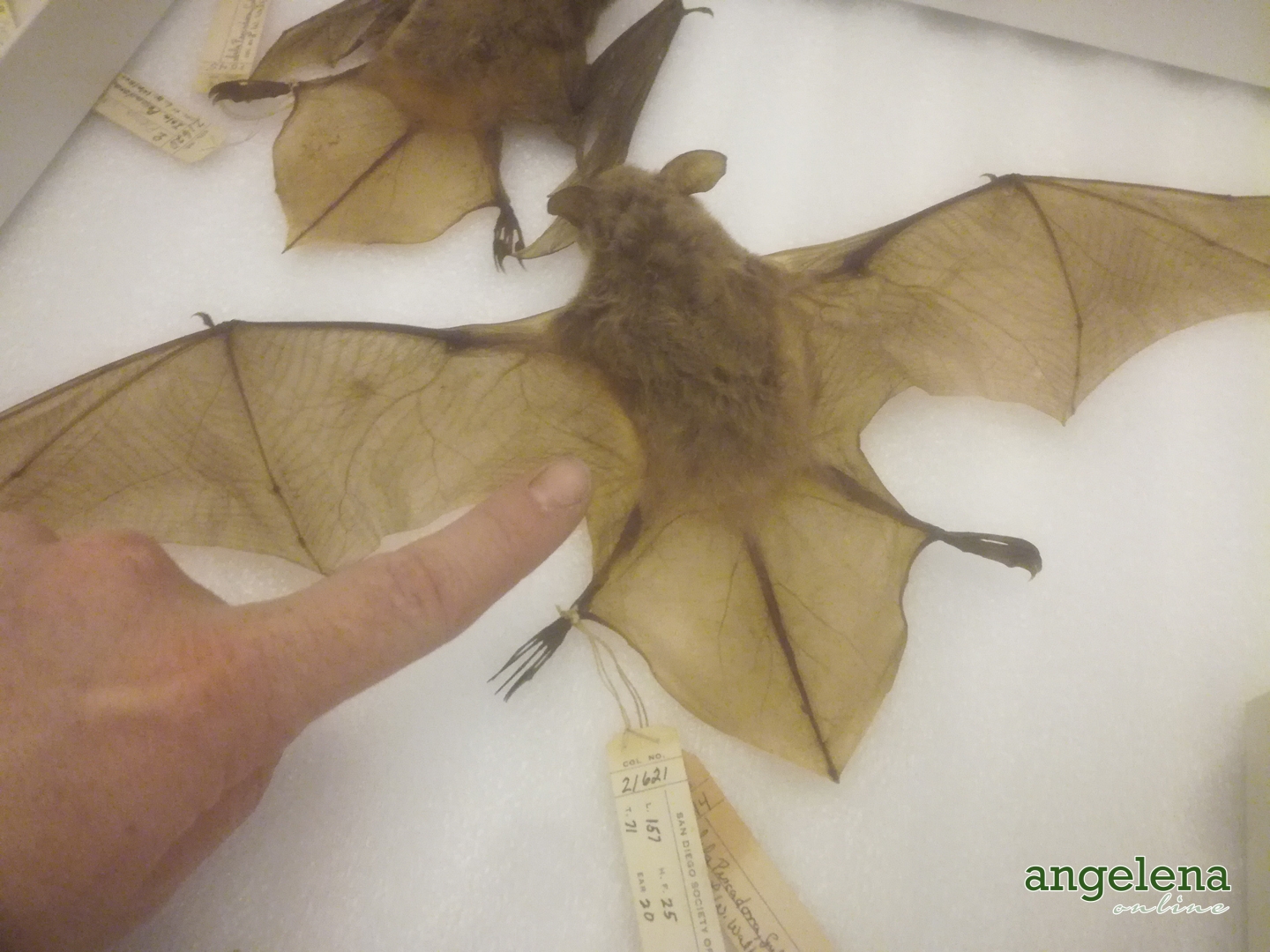 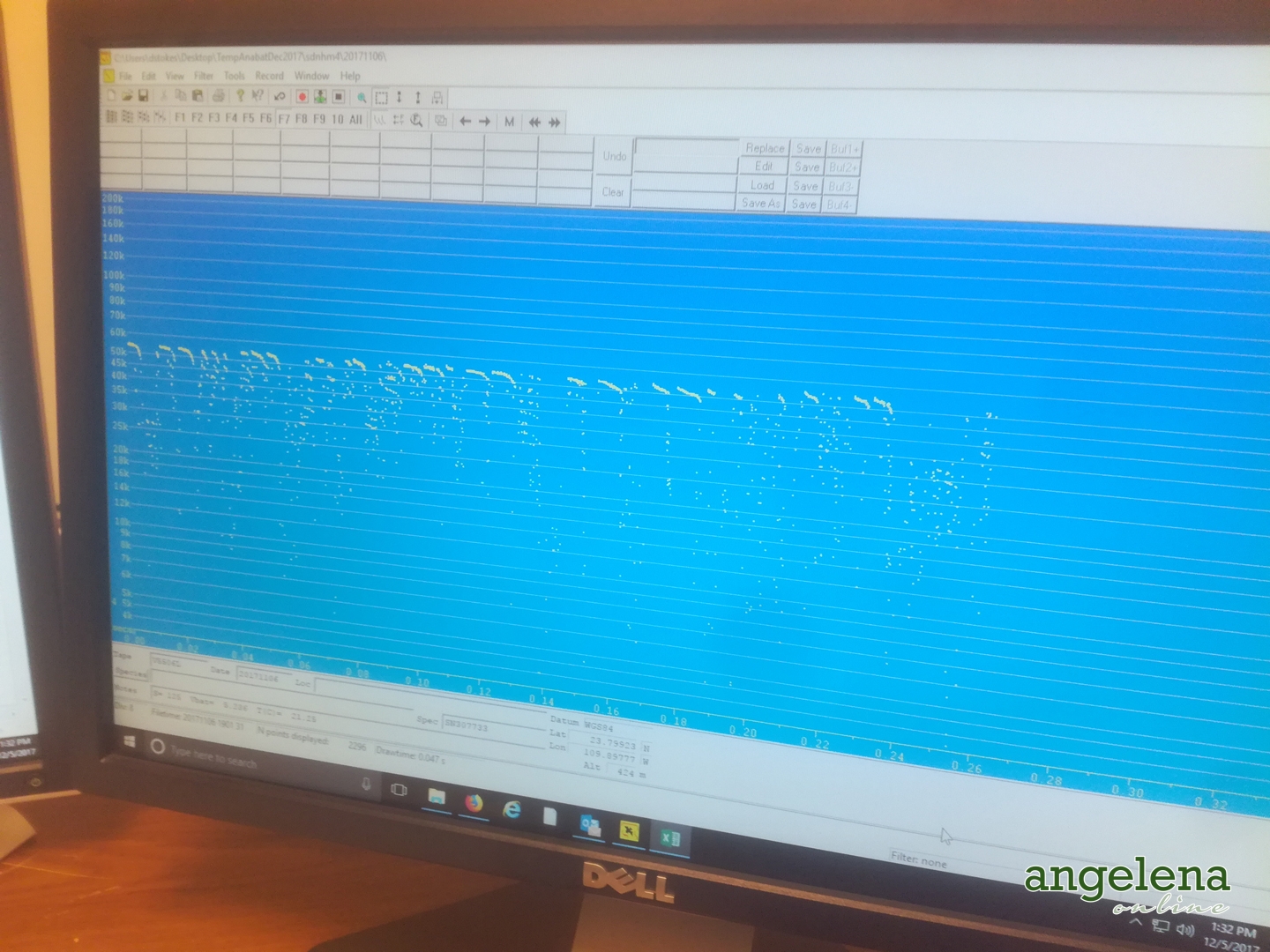 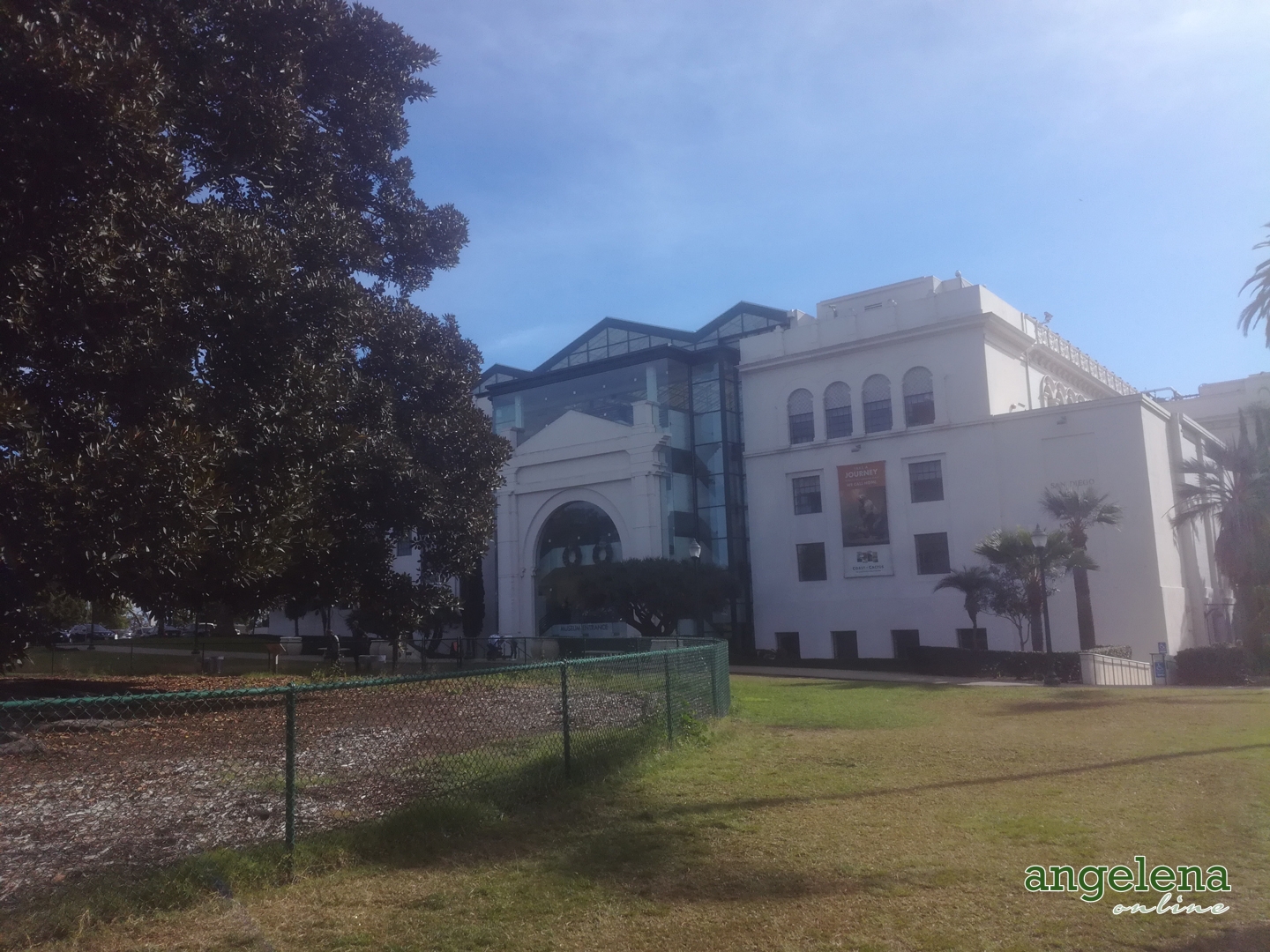 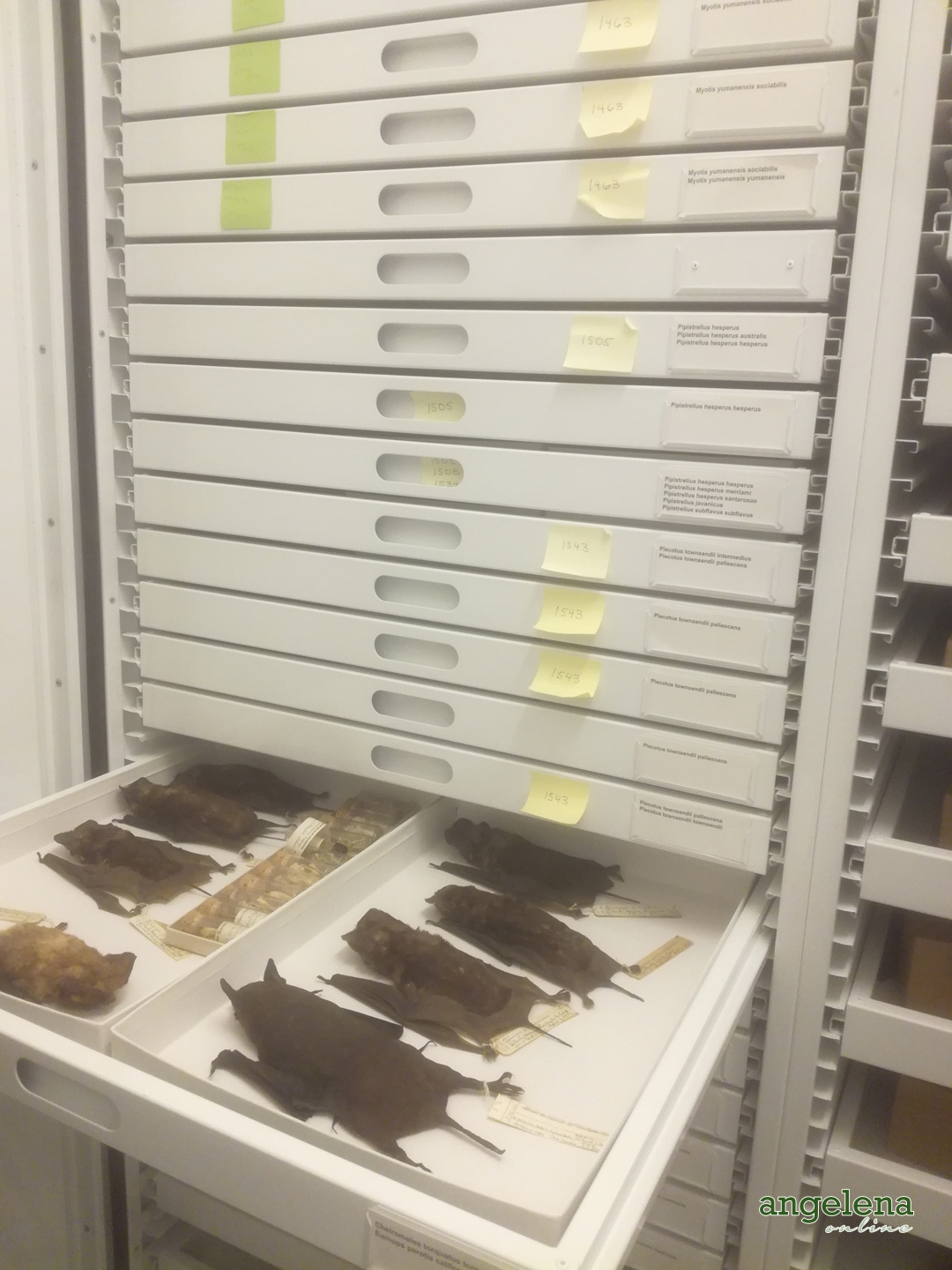 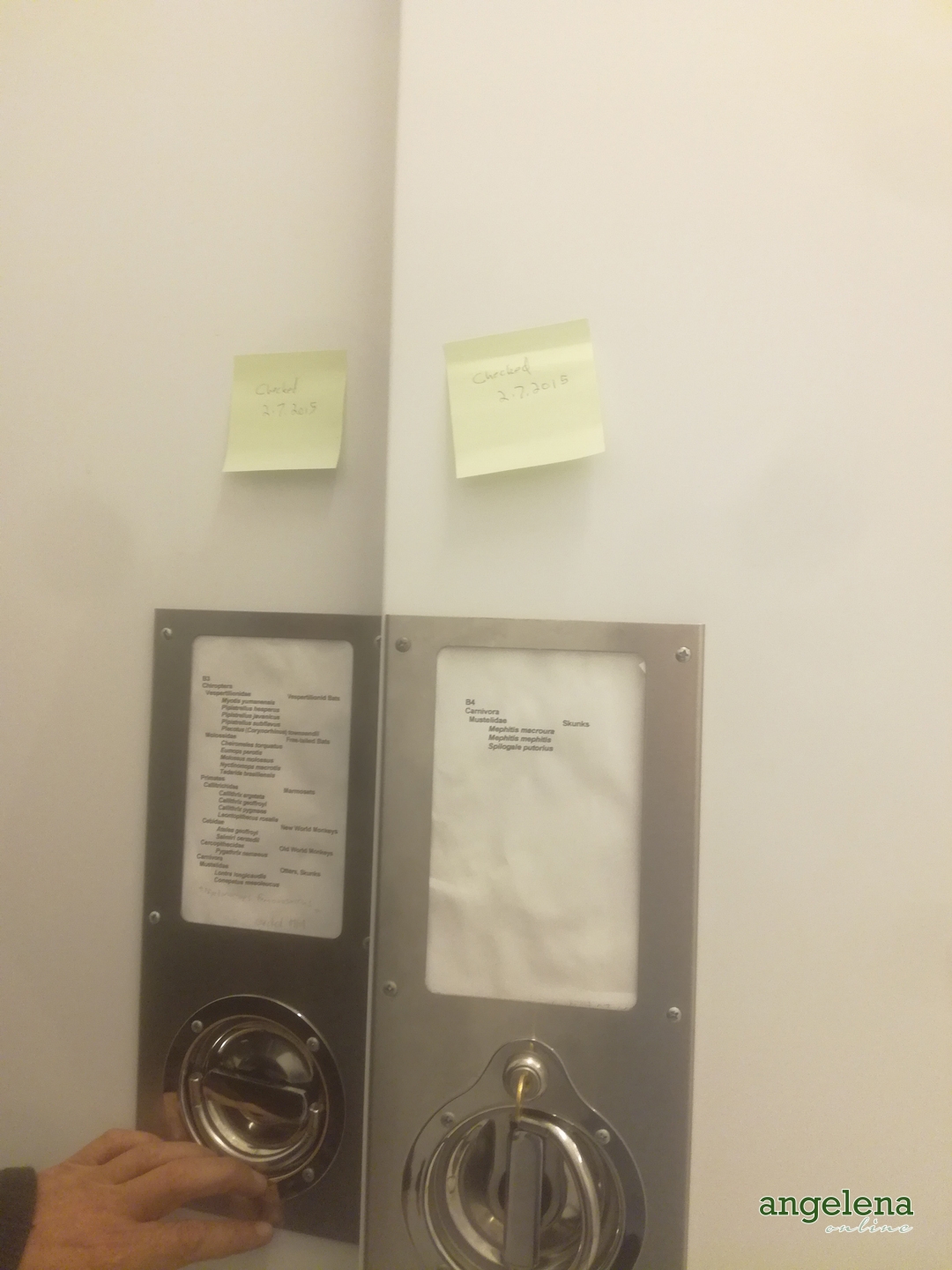