So, after the fire I stayed with Arianne and Brennan, who kindly took me in. Esther also stayed with us for the first few days (who is my colleague who works with me at ABC, see last post). Anyhoo, I had finally fallen to sleep around 20:30 and then at around 22:00 Esther was on the floor telling me the baby is coming! I get up to get Brennan, so he could drive us to the hospital in his partners car (as the hillbilly truck was full!).

Esther thought she would have it in the living room, but I said you can’t do that, you got to hold that baby in until we are at the hospital! None of us know how to deliver a baby. We dash into the car and as we are driving I am on the phone to a family friend of Brennan’s, who is a delivery Dr. in the States, who was giving me instructions of what to do. So there I was telling Esther to breathe, tilt her head back as we sped to the hospital. At the time the Dr friend knew the baby had breached but she did not want to spook Esher or me!

As we pull up to the hospital, I jump out ahead, yelling my friend is having a baby right now! They tell me the maternity was round the corner, so back we jumped into the car to the ward. As we pull up again, I jump out saying my friend is pregnant and as Esther gets to the door they whisk her off to the only delivery room, which was thankfully not occupied! Once in, Esther asked me to get her bag from the car and by the time I was back with her bag (which genuinely could not have taken more than 4 mins!) the baby was here!

I burst out with “it’s a baby!” as the nurse ushered me out the room. As I walked back out to meet Brennan, I said you just can’t make this stuff up… my life just feels like a movie at the moment.

It genuinely was 22:28 at the point I said this to him! Boy was this a fast delivery… The next morning, we went to visit Esther at the hospital and she told me the news that she had decided to name the baby, Angelena 😊 what an honor… 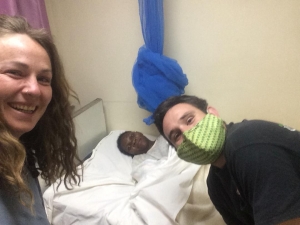 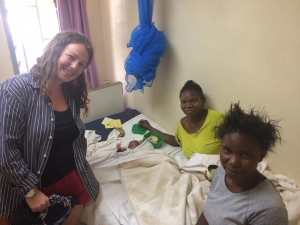 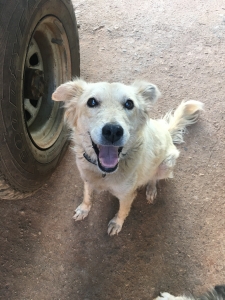