If the police here would have acted sooner, we may not have lost all this stuff. It took them almost 4 hours to respond to the attack. I lost almost everything I owned in the arson attack, as I had moved most of my possessions here, intending to be here for many years. Conservation Research Africa, the NGO I work for, also suffered immense amounts of damage – including the loss of three of our vehicles. Thankfully two were off site so survived.

It all feels so surreal. I cant believe everything is gone. We head back to camp, with Brennan, Esther and Mara to see the damage and see what we can salvage. Although I came here before to find Mara, I was so concerned about her I only half absorbed the damage. As I went back over to my house, just seeing ashes instead of my huts was so much to take in. The ashes were still very hot and I could not really do much. I cried and cried as I looked around. All the fab things I had accumulated over the years, gone.

We packed up stuff from the Office and what was left of Esthers and Brennans belongings and laughed as we drove off in our ‘hillbilly car’ with a smashed in window, all our possessions, a pregnant lady and a dog. The whole thing just feels like a movie. We go back the next day to give police statements and get more stuff and it just still doesn’t fully feel real. I barely slept the night before and couldn’t help but feel a mix of emotions as we drove through the village and some of the people who had done this.

Even though the ashes were still hot, I wanted to try and see if anything survived at my place. As I am so organised with how I keep stuff, I knew exactly where my jewellery was. As I searched through the dust with smoke still coming off the remaining bricks and coals of my belongings, I began finding little bits that had been charred. Like a set of necklace and bracelet from my grandma, melted earrings some of my friends had bought or given to me. As I continued searching, I found the ‘A’ necklace my cousin Maria had given me for my 30th birthday, though the chain needs replacing as in parts it had melted.

As I continued searching I hoped my Tiffany & Co necklace, from my mother for my 18th, would of survived. Part of me said I was just kidding myself but I also just had a feeling it was there. As I searched and searched, I wondered if I was crazy and just convincing myself it would be there for a bit of closure. As I almost gave up, there it was. My necklace survived with just some minor damage to the clasp. I yelled out a nooooooooooooooooooooooooooo as I sat on my knees crying, surrounded by everything in ashes… 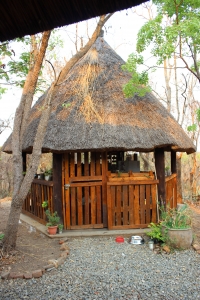 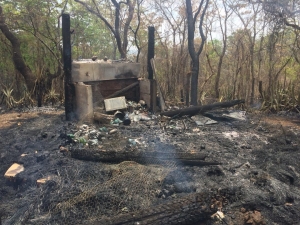 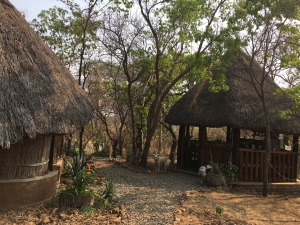 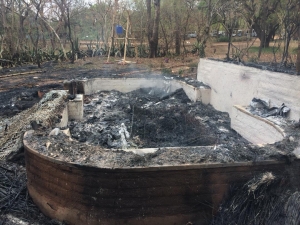 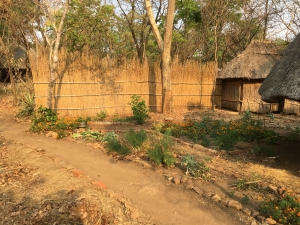 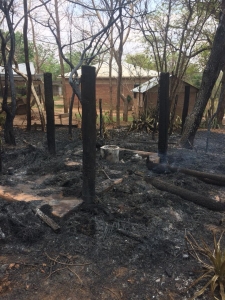 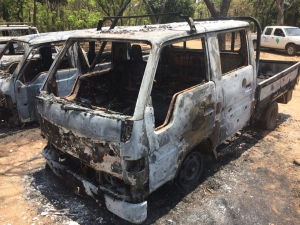