Tom, the Senior Research Assistant at African Bat Conservation held a ‘Bat Roost Training Day’ for staff, students and volunteers. The day started off with a class based session followed by some site visits after lunch which I joined them for. We looked at three buildings which are home to at least three and possibly four species of bat. It was great getting show everyone more about how to conduct roost surveys and what to look out. We went into the tobacco barn which is home to the large Hipposideros roost and it was cool having them fly around us with such grace, we didn’t stay in for too long though even with our red torches on as we didn’t want to cause too much disturbance. 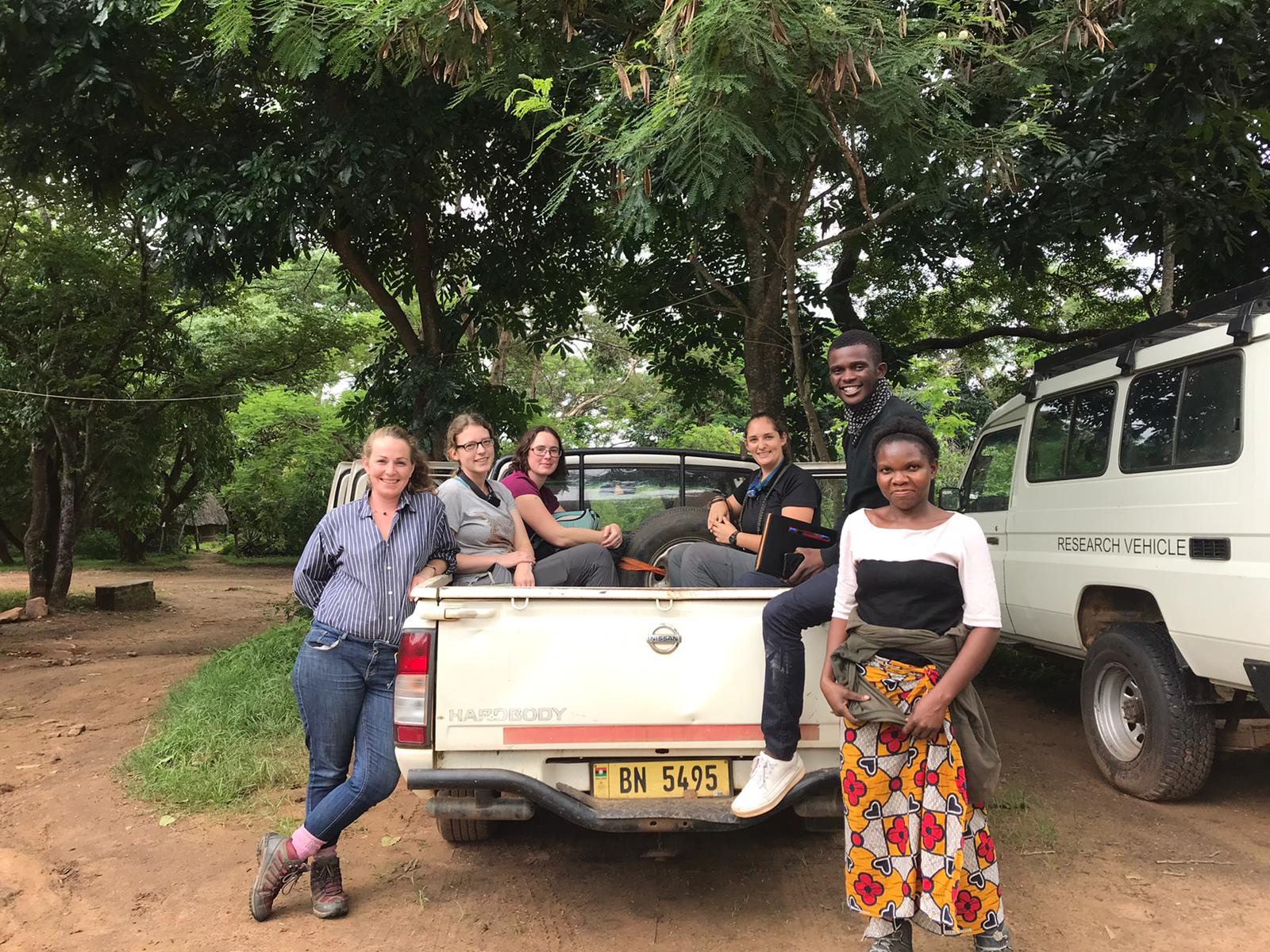 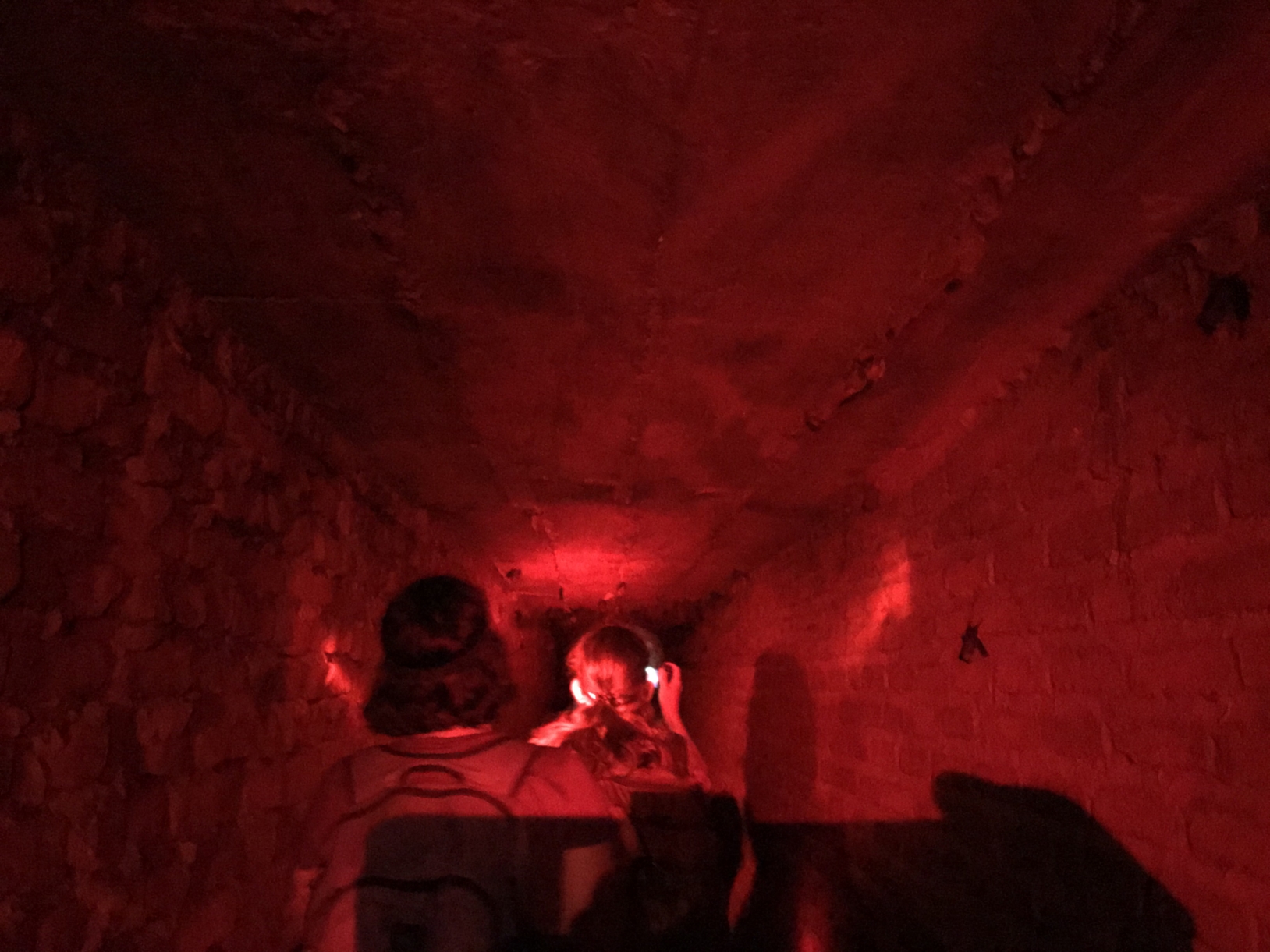 Everyone enjoyed the day and felt like they gained more knowledge on how to spot bats roosting in buildings. Peter and Esther both said they learnt a lot which is really important. Peter, our Education and Outreach Officer, is new to the roost side of our work but it is great to see him getting stuck in and looking for bat signs. We have been getting a lot more calls at the moment from the public with regards to human wildlife conflict and especially when we are going to local houses, it is Peter and Esther that do all the talking when we visit homes in the local communities. Outreach is a vital part of our work and we always try to encourage people to live peacefully alongside bats! Esther has also recently found a huge roost amongst others over the past few weeks just on her walk into and back from work. Esther is our Trainee Research Assistant here at African Bat Conservation and it is great seeing her bat handling skills develop! She is great at mist net repairs and also takes a lead on our bat box checks as part of one of our projects. 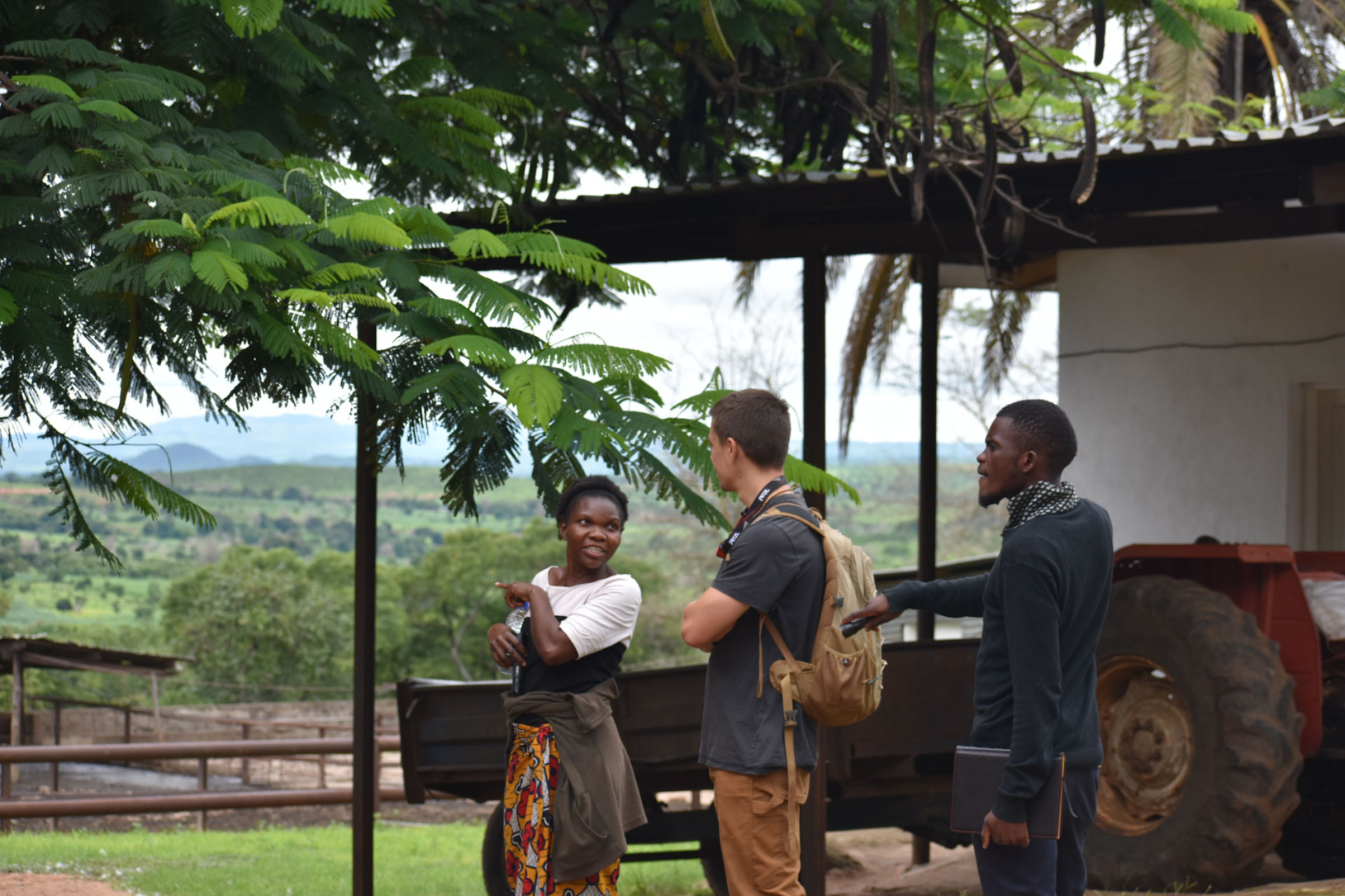 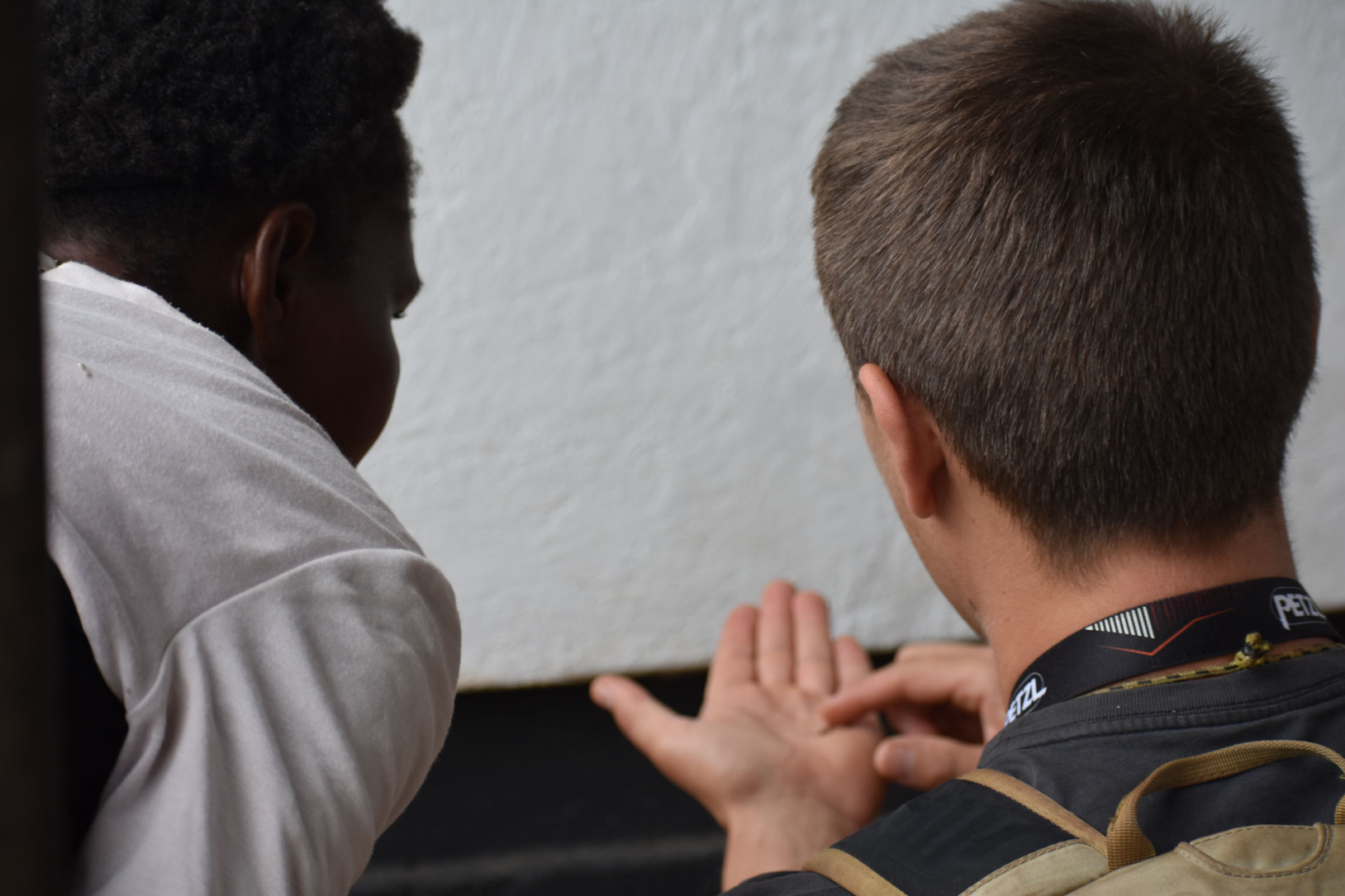 Roosts by the way (which is what bats homes are called) play a vital role in bats ecology, providing not only shelter from weather and predators but also as sites for social interactions. Bats have roosted in buildings for thousands of years and few animal orders have such strong associations with humans as bats do. However, they are limited by the characteristics and availability of roosts, as the majority of species are unable to make their own homes. Buildings supply bats with stable roosts and the urban environment supplies sources of food, with some species of bat have having been found to forage at sources of artificial light. Though not all bats have adapted to such techniques with many suffering from the amount of artificial lighting in the landscape.

One of the species that is found regularly in peoples homes is the Yellow bellied house bat and last week we hand netted some for Lena’s study at not one but two sites simultaneously! We split into two teams with myself and Lena going between. Dom and Remi hand netted the main staff house where several of the species live and at the same time Tom and Gwen were over at the nearby stables where a few live in a toilet block. We had a successful evening and caught enough bats for Lena to do stats on the species, can’t wait to see the results from her study. For me it has been really interesting as wing tracing is not common practice and so not something you get to do very often. We have also been photographing the wings to compare results using ImageJ software as well as more traditional tracing on graph paper.

p.s As you’ll notice I am in most of these photos, they are not mine and are mainly Dom’s pics (in the photo hand netting) she took of the training day 🙂 think a few are Gwen and Remis also! 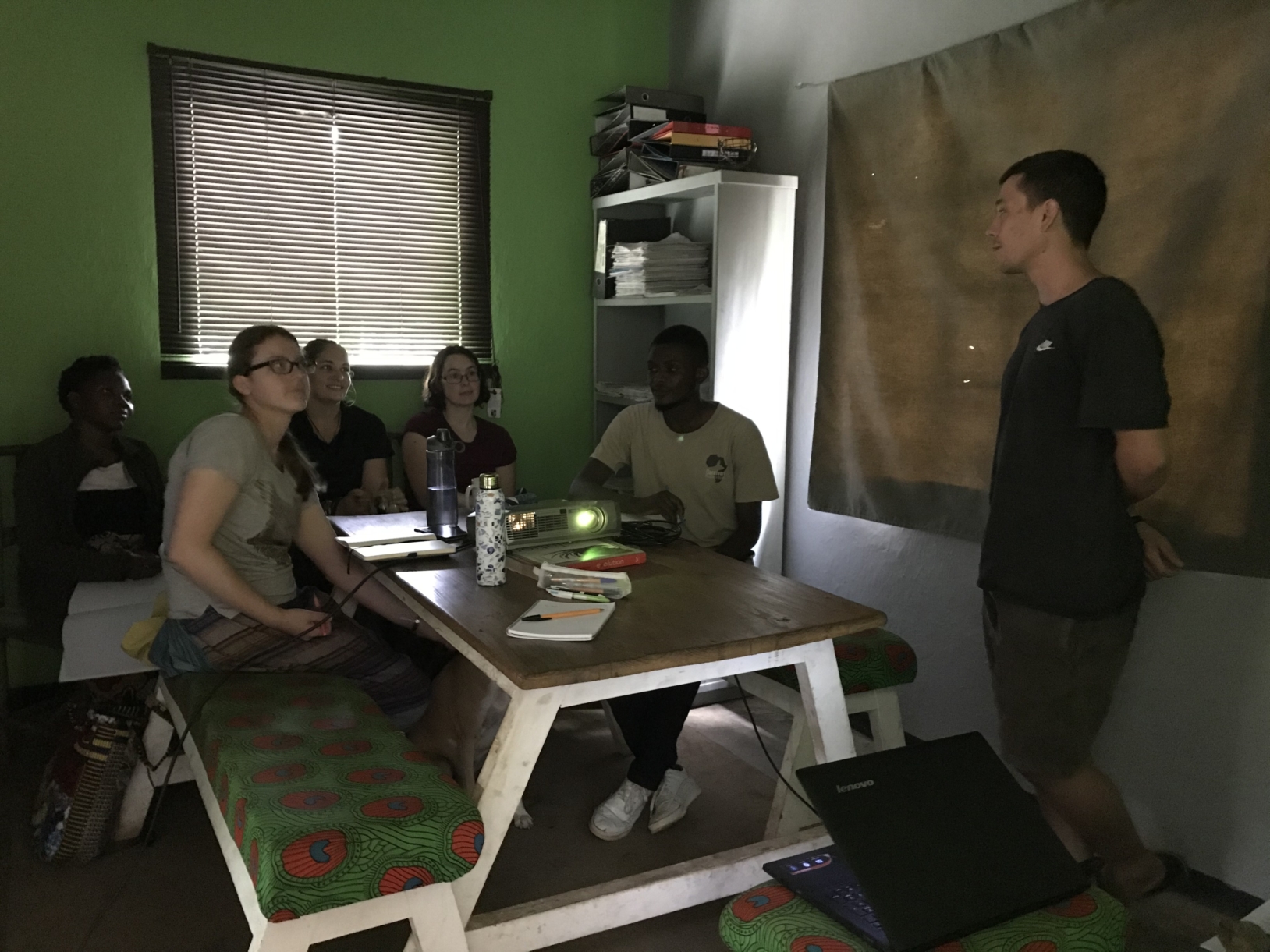 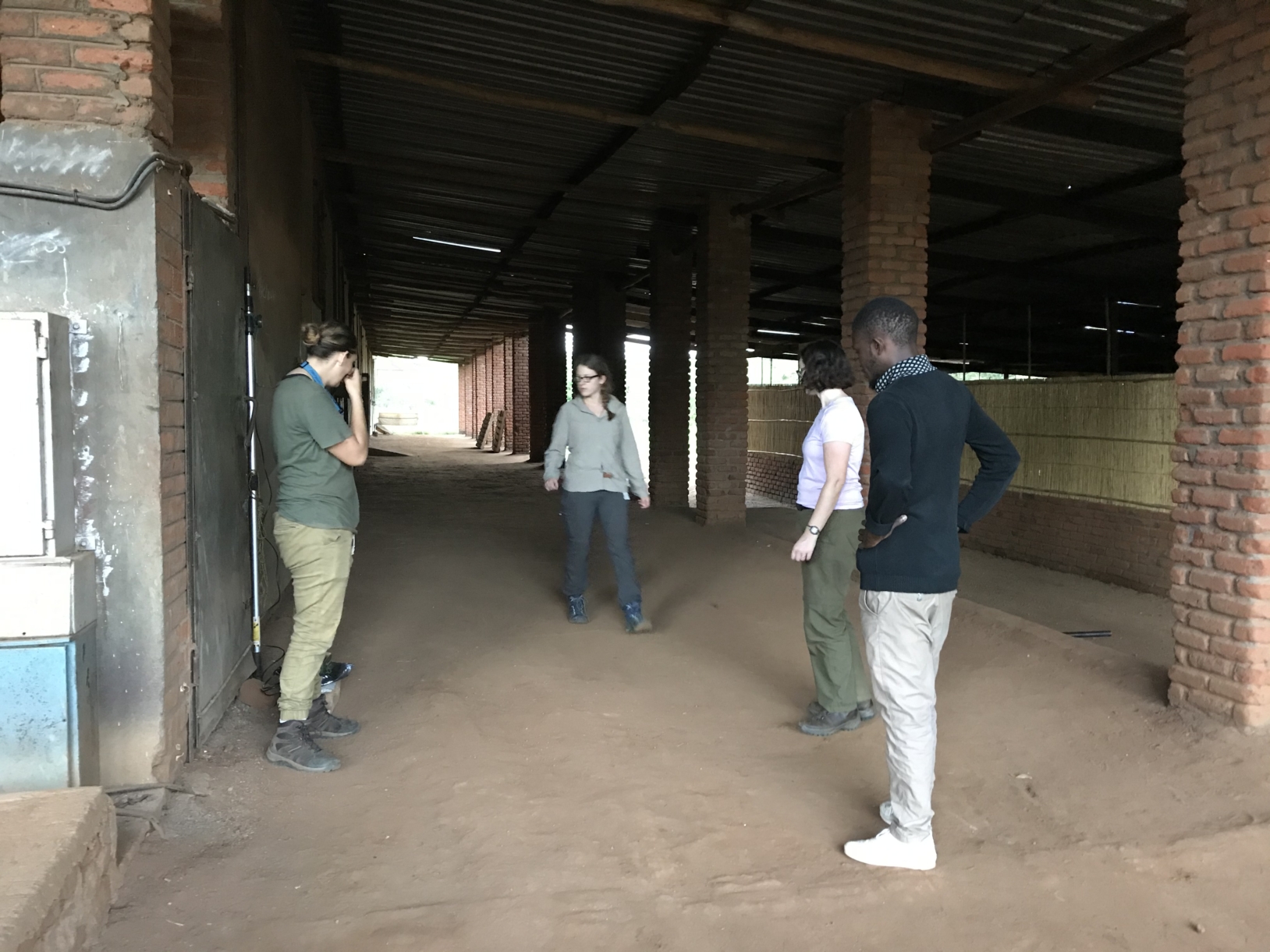 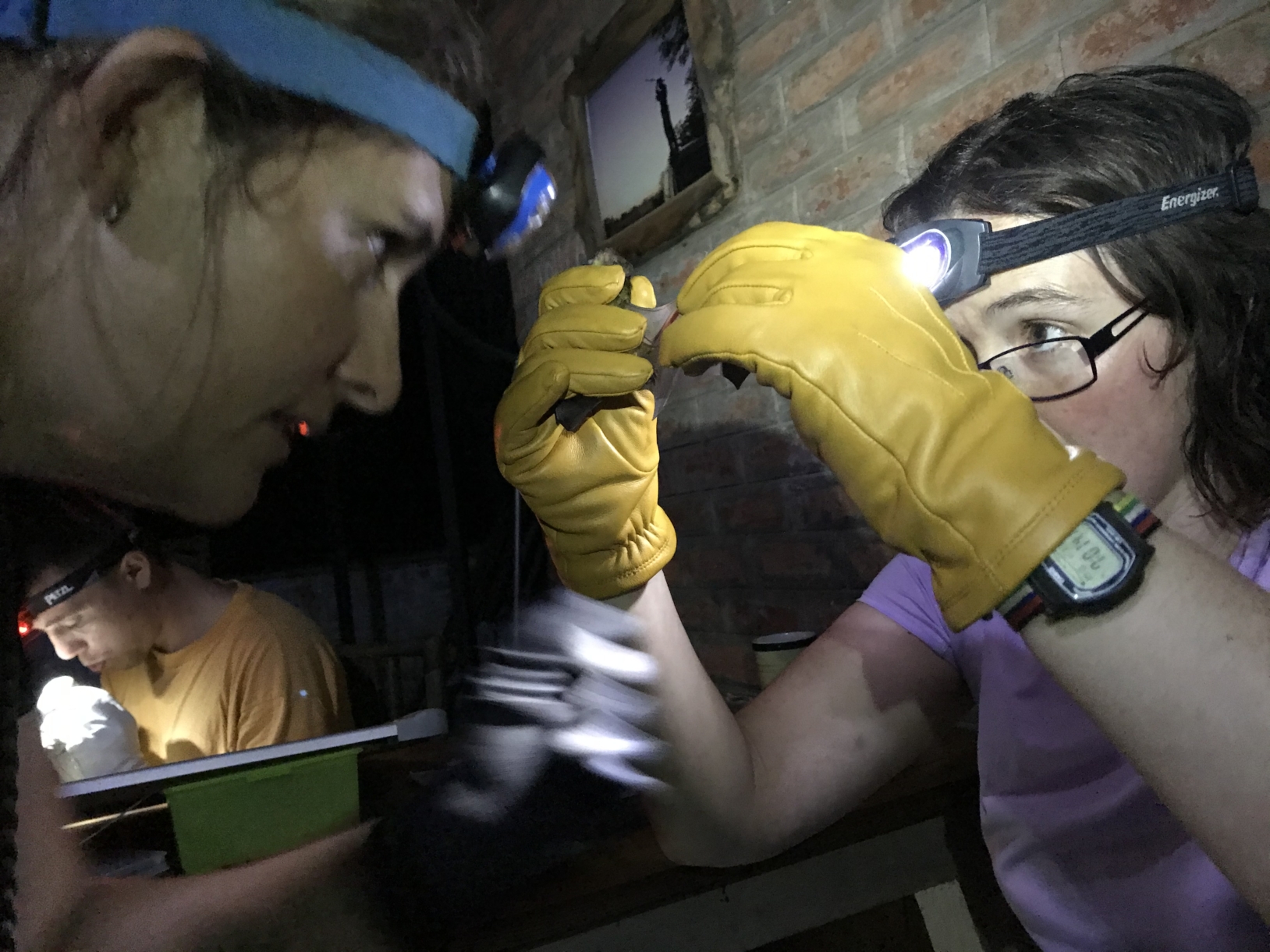 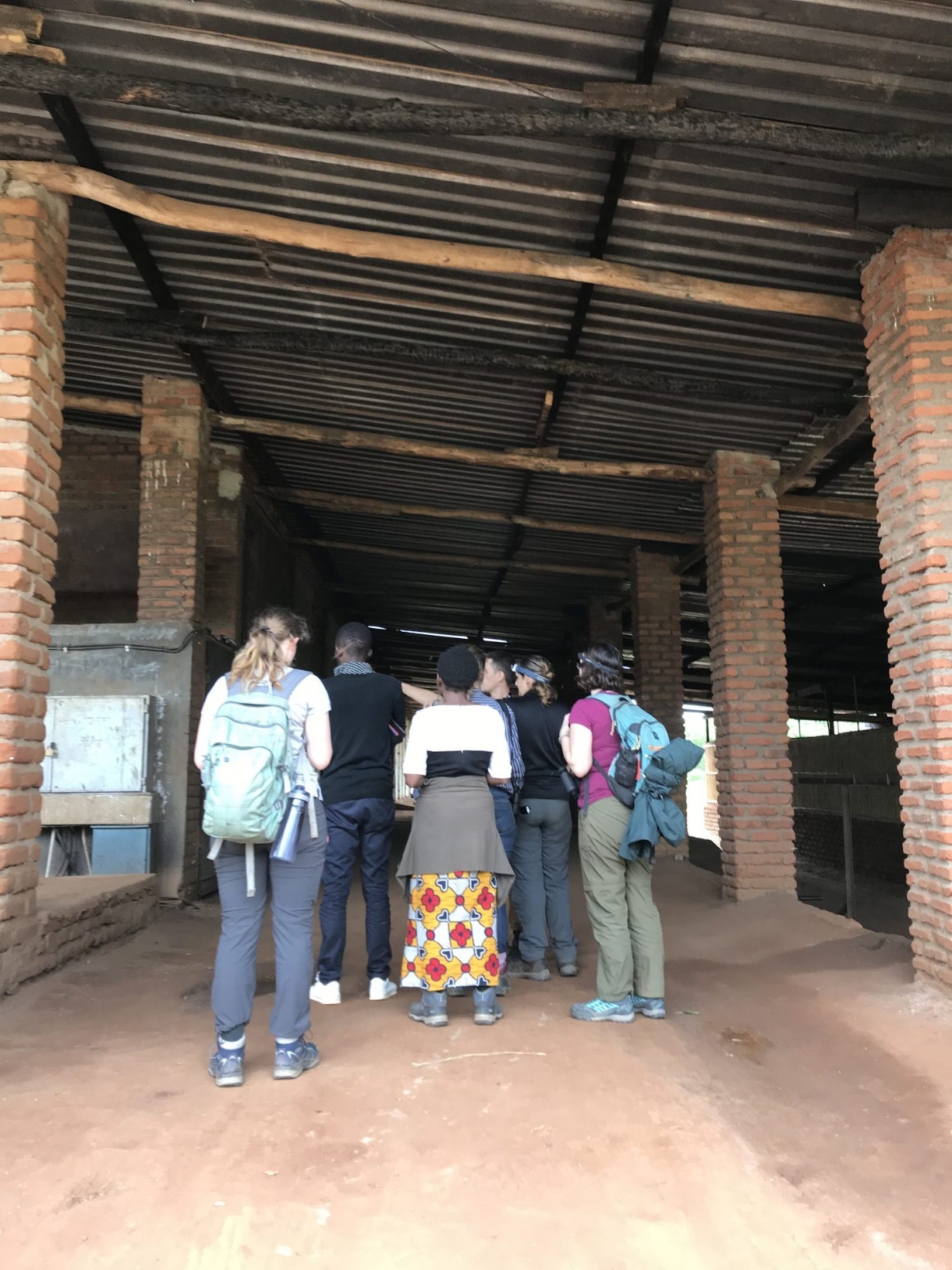 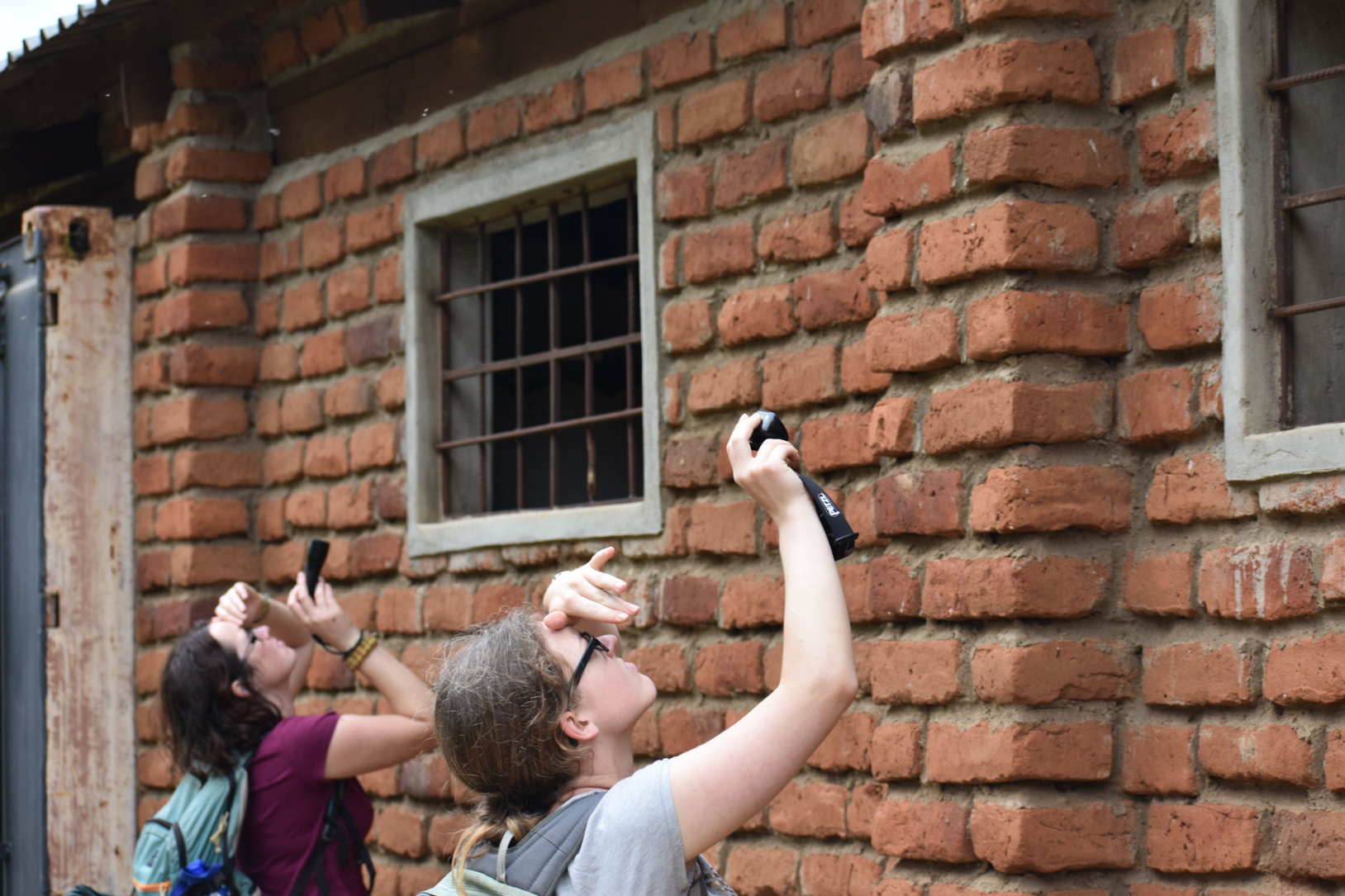 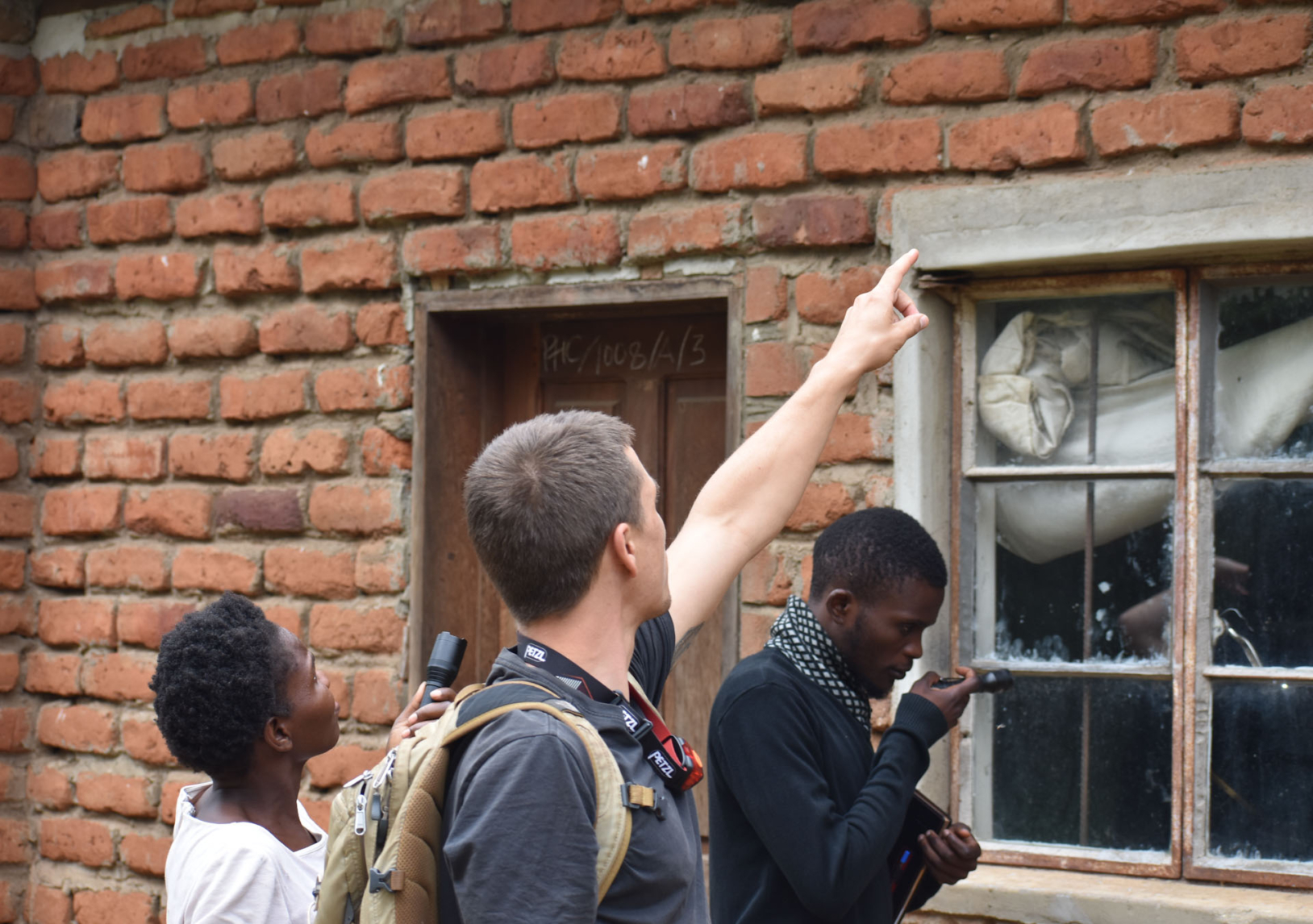 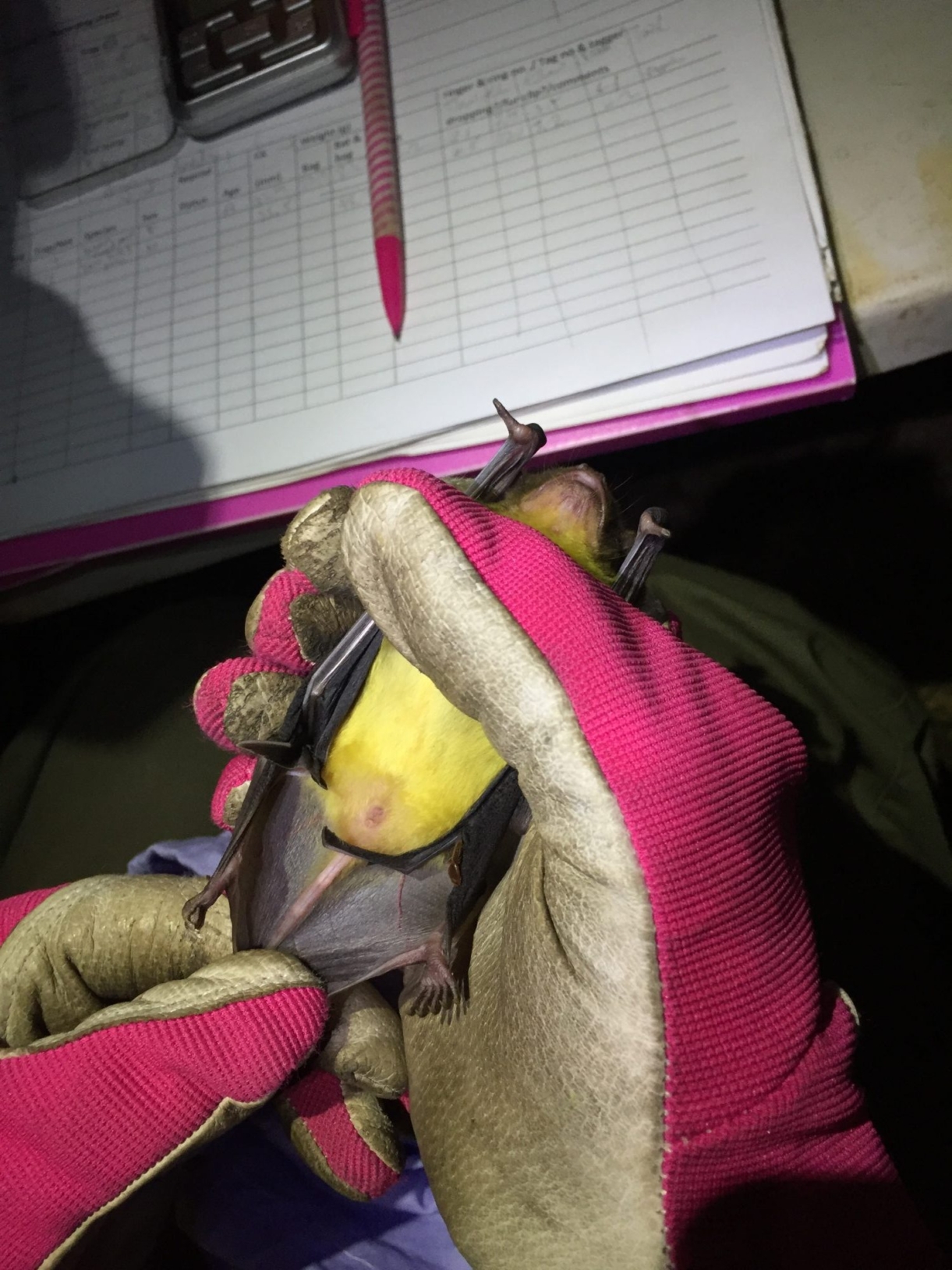