Since my last entry we have done a few more surveys for Lena’s study, for two more species. Both were at people’s houses so on both surveys we had an audience including kids, who loved seeing bats up close and learning more about them. In other batty news, the straw colour fruit bat numbers have decreased loads here in Lilongwe and we are down to like 1000 bats, but it was still enough for Gwen and Remi to enjoy seeing up close by participating in our weekly roost counts. They are a fantastic site to see at dusk as thousands of bats take flight through the skies! If you want to read up on the Straw colour fruit bats click here! 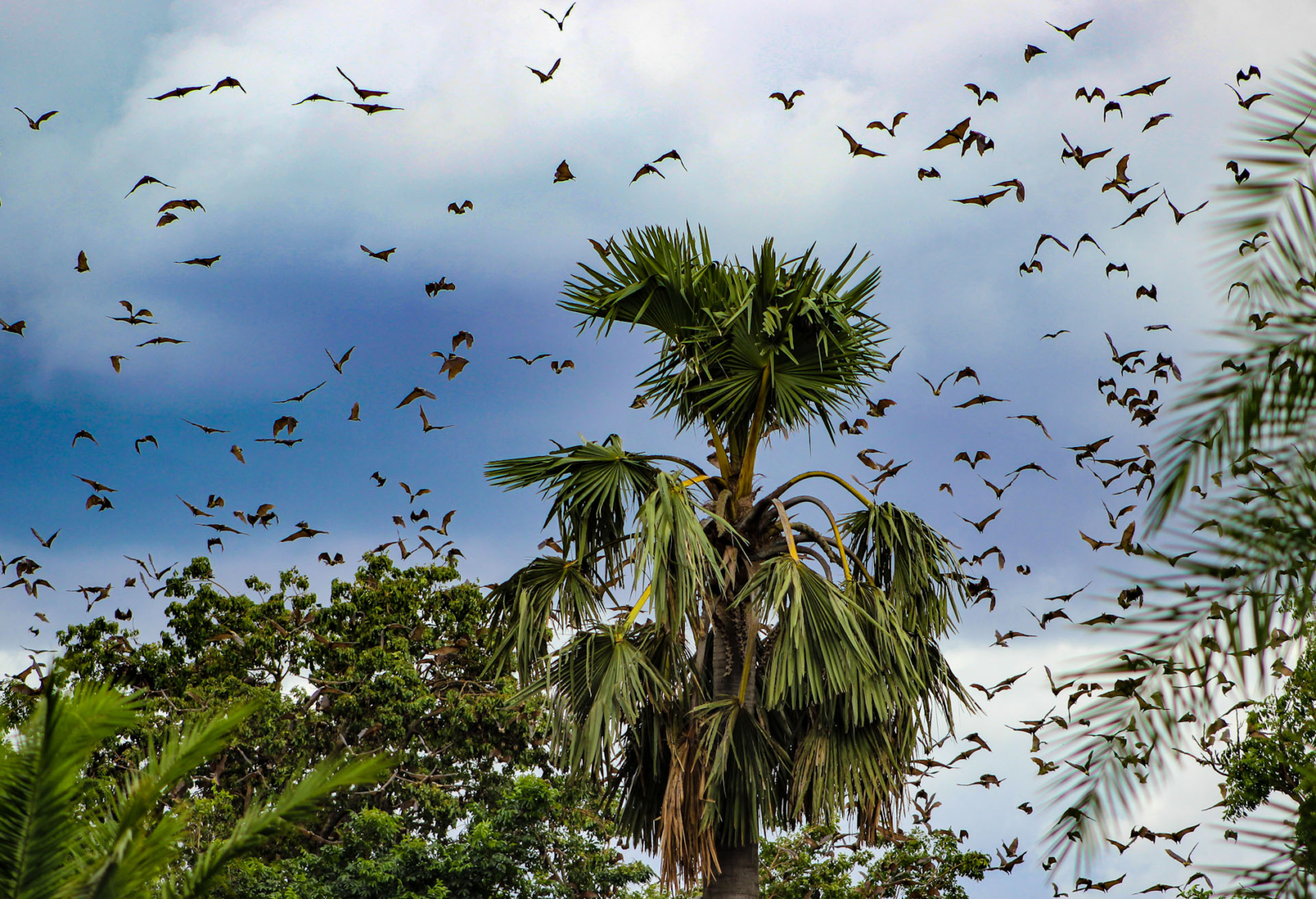 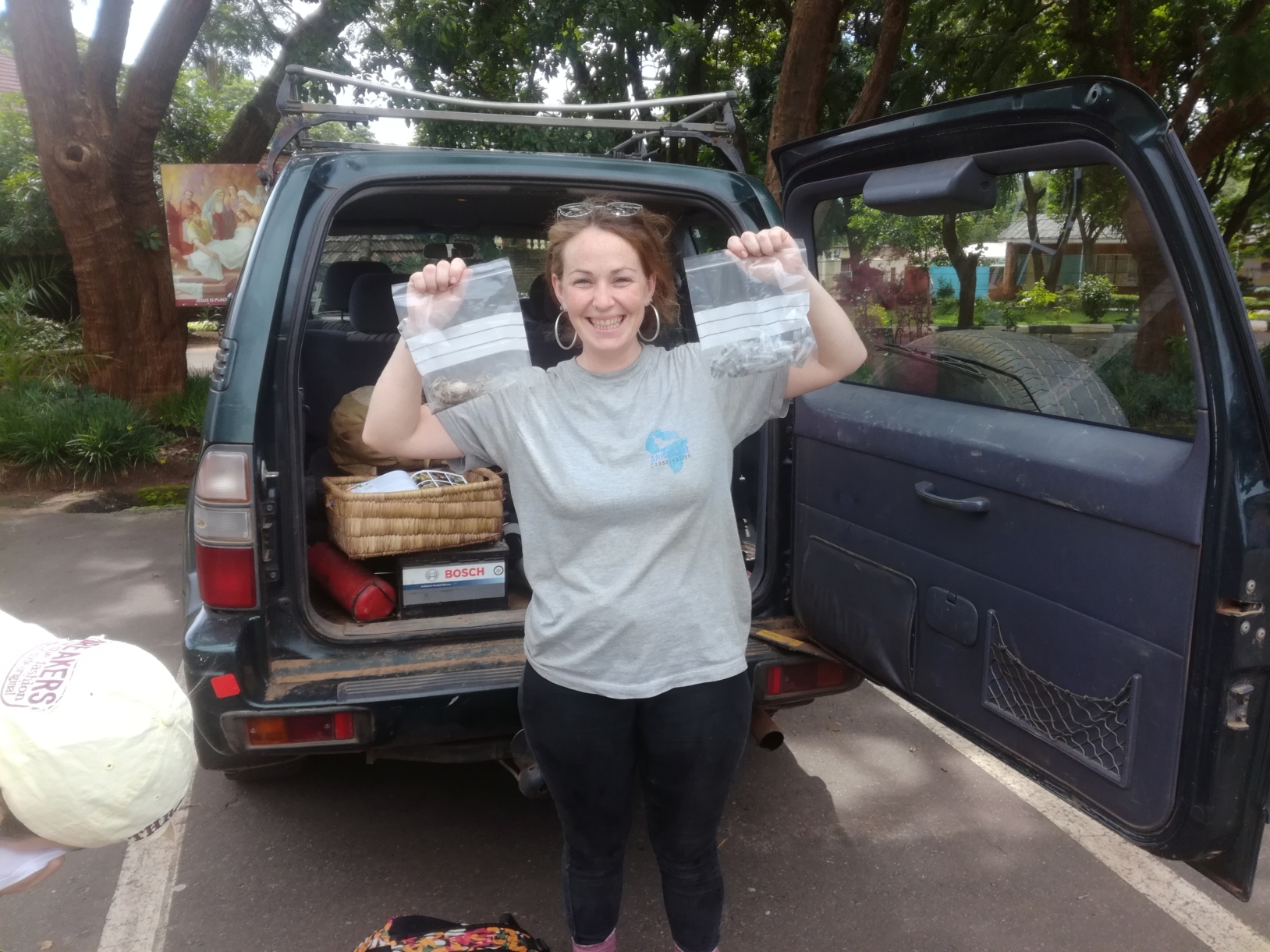 I also managed to nab a punch of splat samples (fruit bat poo) which are such a variety of fun colours from the fruits they eat! Lena is departing us, as here time with African Bat Conservation wraps up for her student project and she is heading home for a busy time back home writing up her project results and getting started on her dissertation. For something a bit different on one of Lena’s last nights, we went to a pizza restaurant that has opened in Area 2 and it was delicious, albeit rather slow as they only had the one wood fired pizza oven. Worth the wait though as the pizza was really tasty. I went with a Tarte flambee which is a yummy French type of cream based pizza but managed to get some tasters / swaps with others. Reminded me of my mum as she makes a fantastic ‘Flammekueche’ (the German version) and of my trip to France with Sinead! 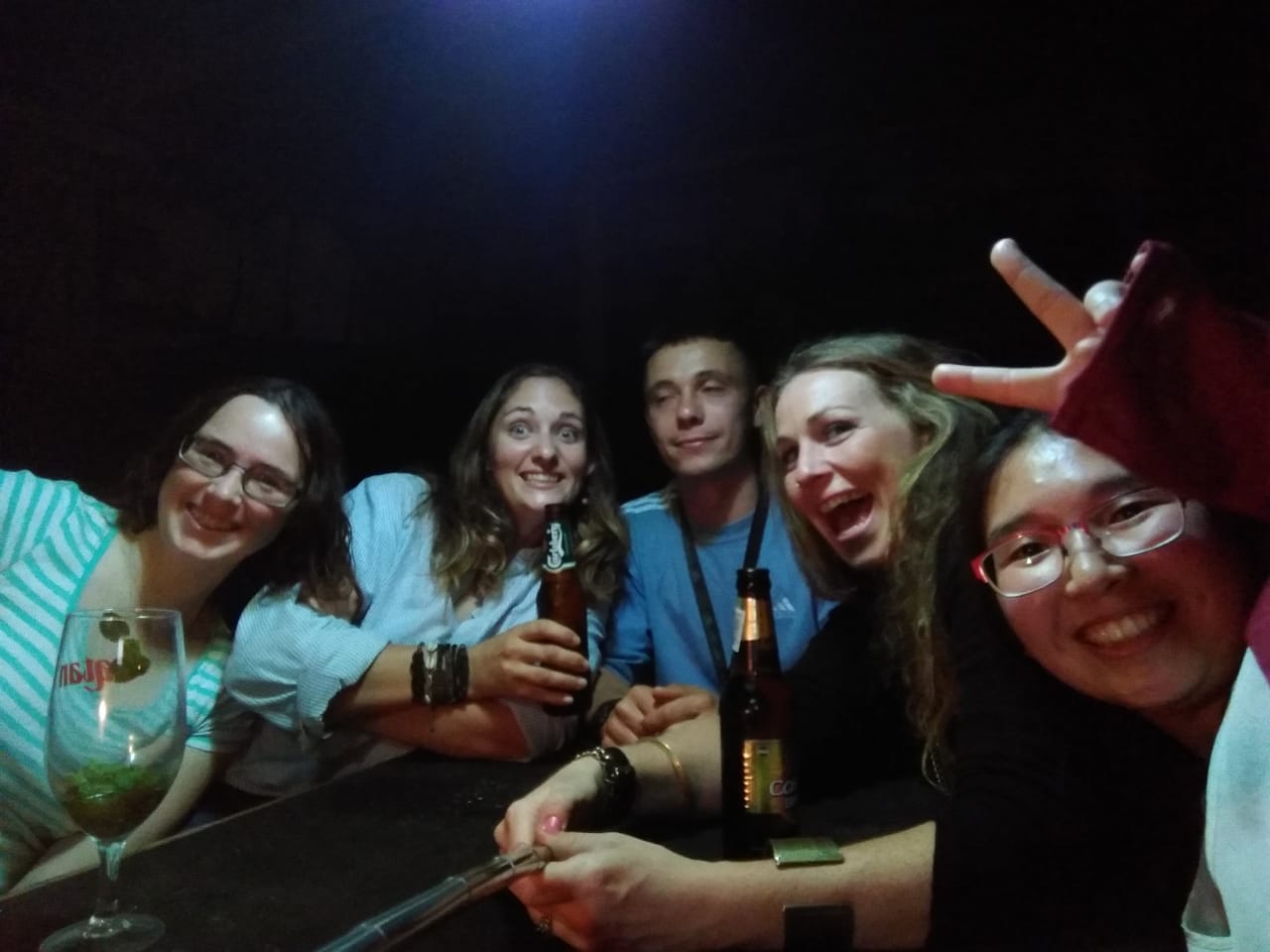 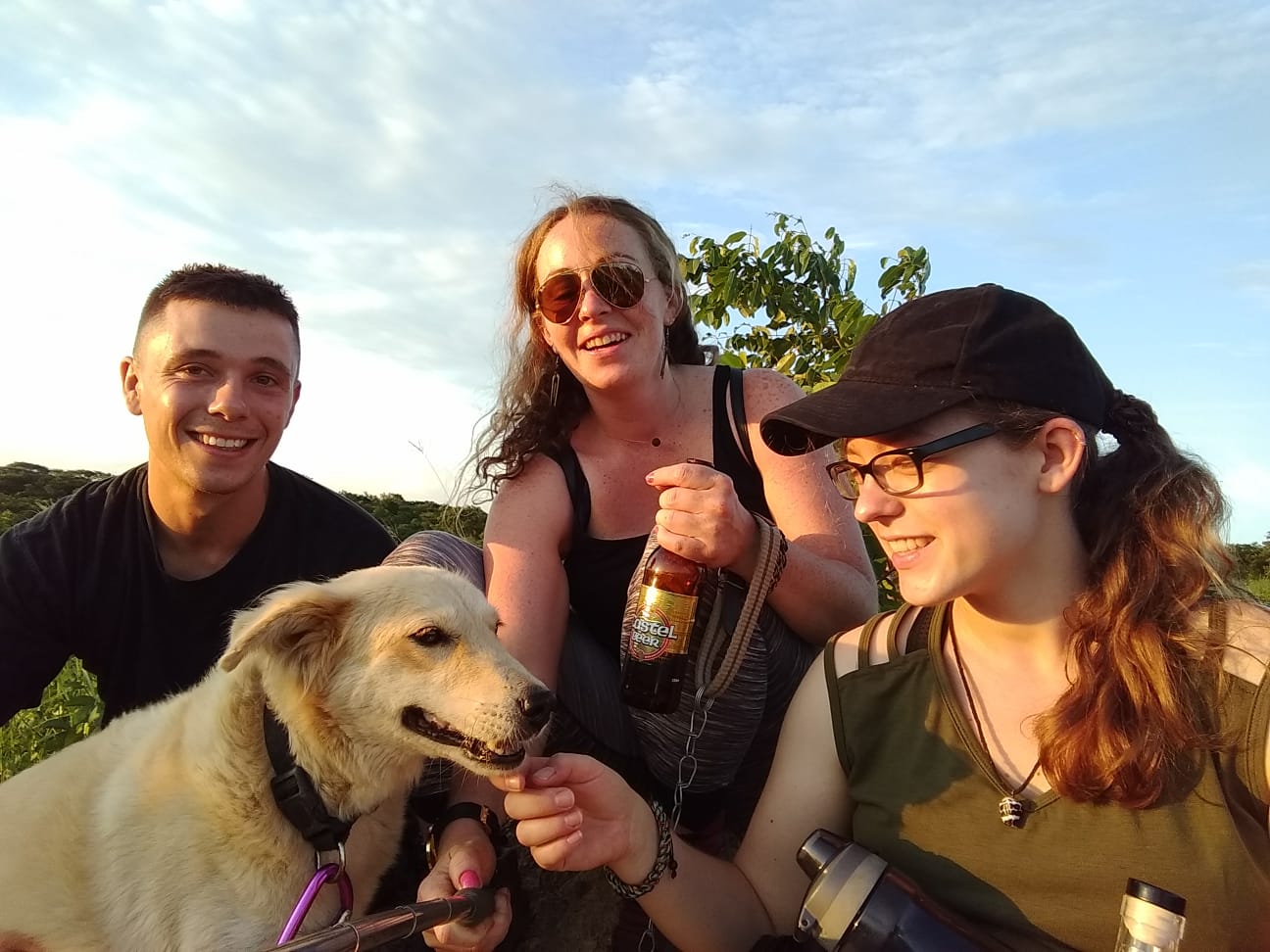 Before the Pizza Party, me, Tom, Brennan and Arrianne all went to volleyball for the first time. I have been wanting to go for ages to the weekly volleyball sessions (which are only just down the road from us) but we are normally either busy doing bat surveys or its raining. It was super fun playing and meeting new people, though I haven’t played volleyball in years so a bit rusty. Great meeting some people from outside of camp who are living in Lilongwe and by the later half of the games people where having beers or G&Ts. Also helps having a sound system playing tunes for a good vibe.

The others went out for sun downers at Kumbali beforehand but thankfully me, Lena and Tom went for some earlier in the week on the rock spot. Which by the way is the best view. Mara came with us too and even got on the rock. That night we watched a funny Vampire movie (What We Do In the Shadows) and we also recently watched Batman Forever, loving the movie nights and popcorn. Though I really miss Dobble, which was Sophies game. A fast paced, snap type card game, which is now definitely on my list of faves. Absolutely hilarious times had with that. Now though we have gotten more into Bananagrams and have played some chess with Dom’s new set! 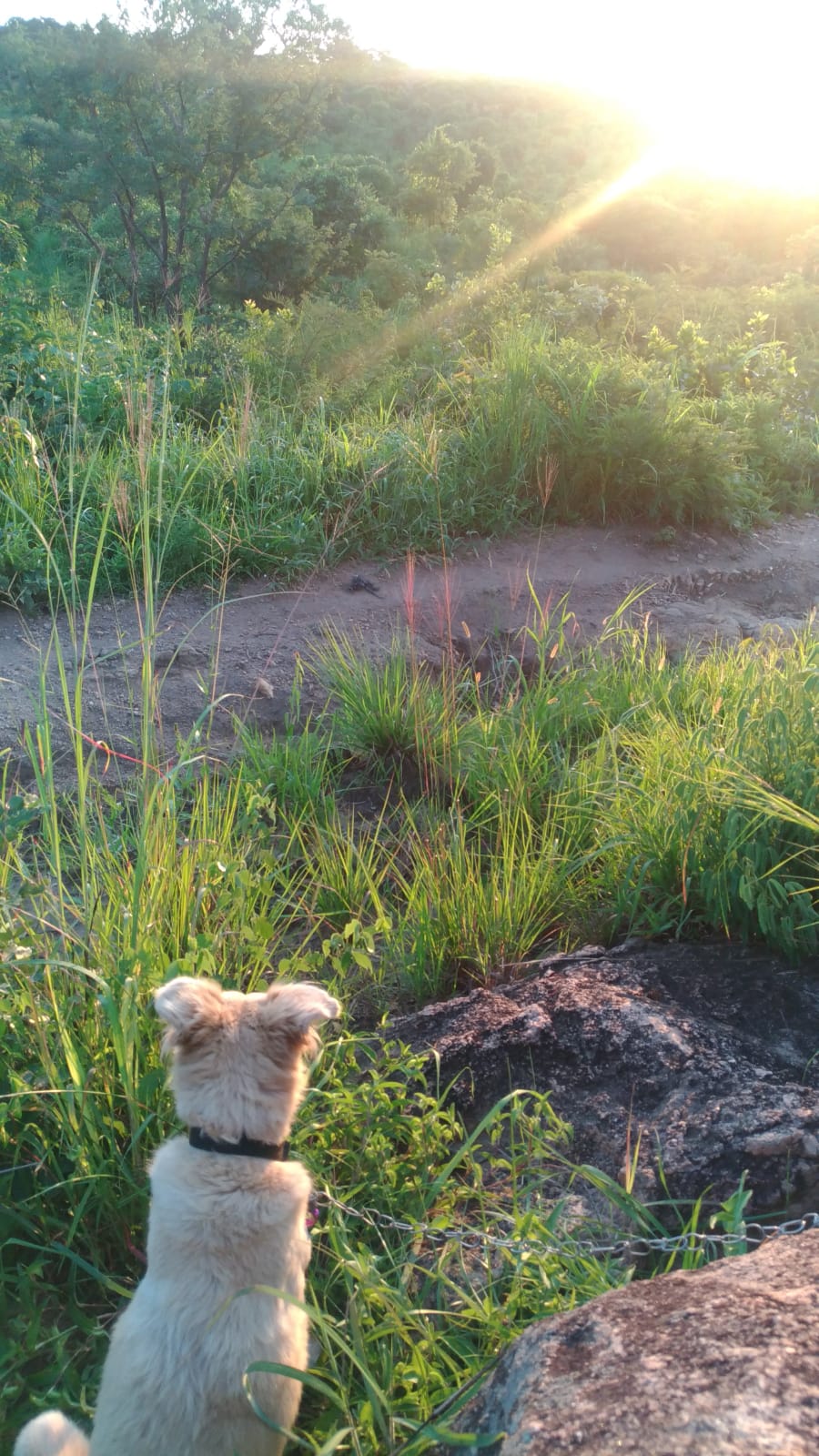 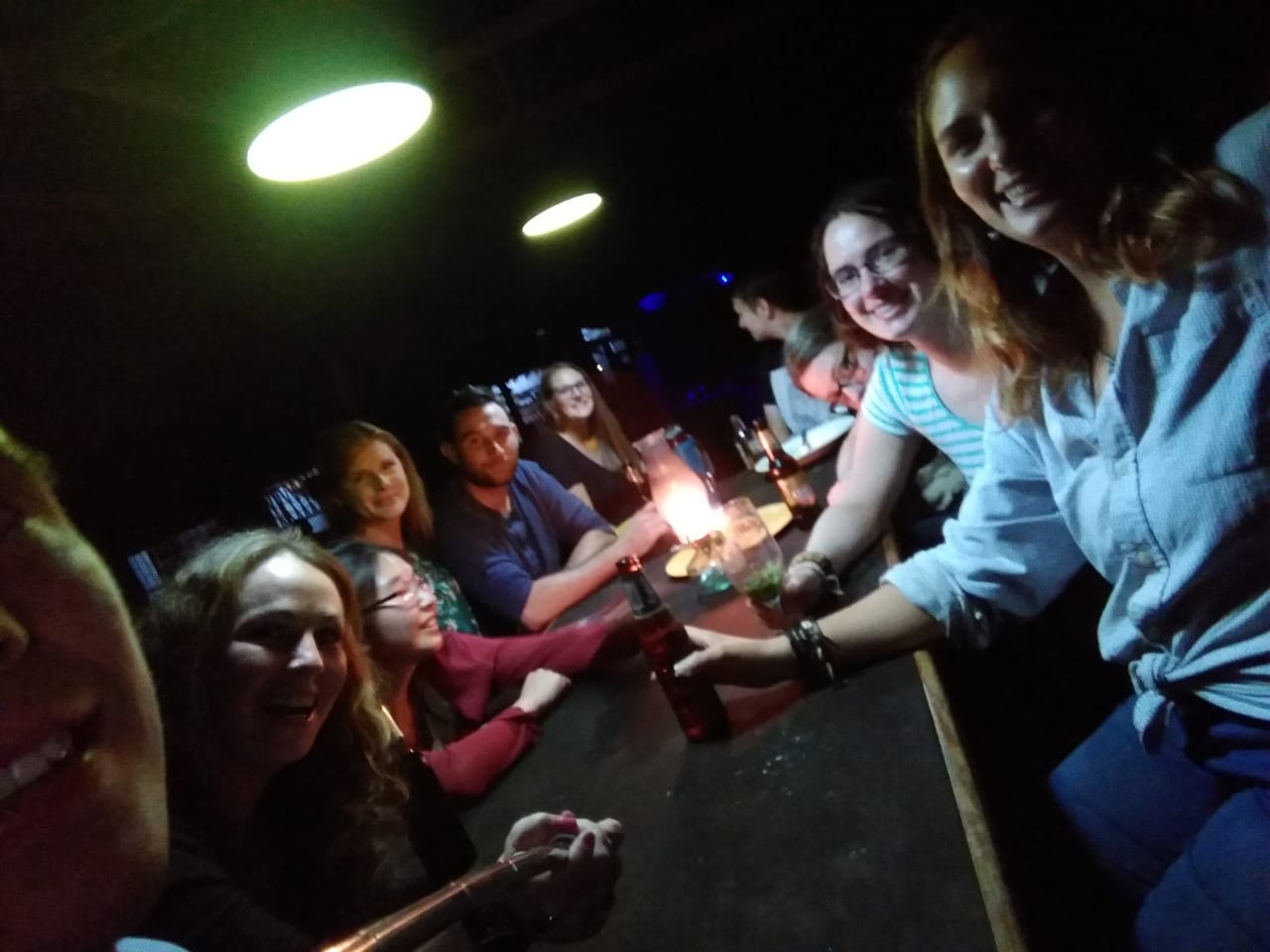 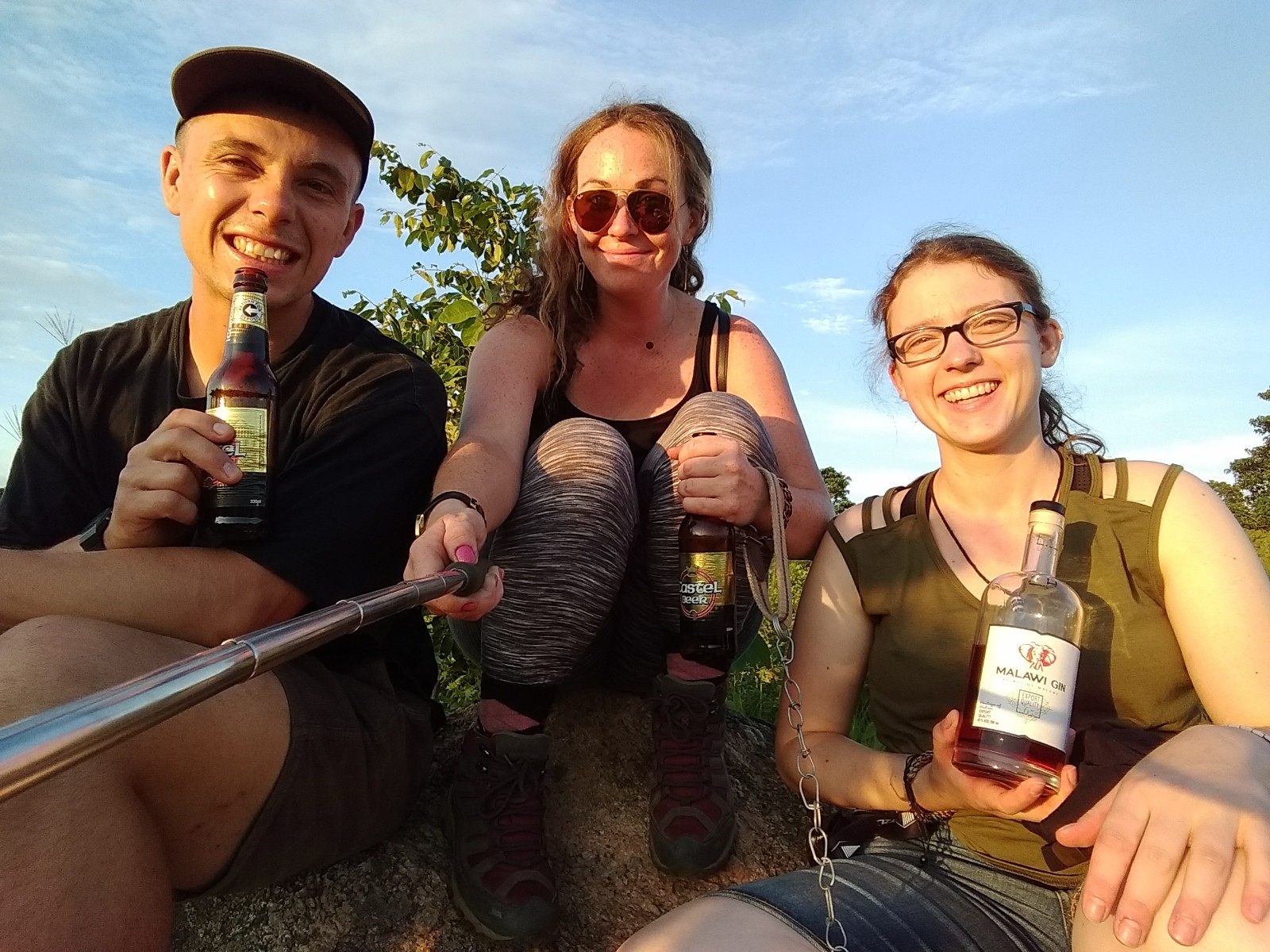 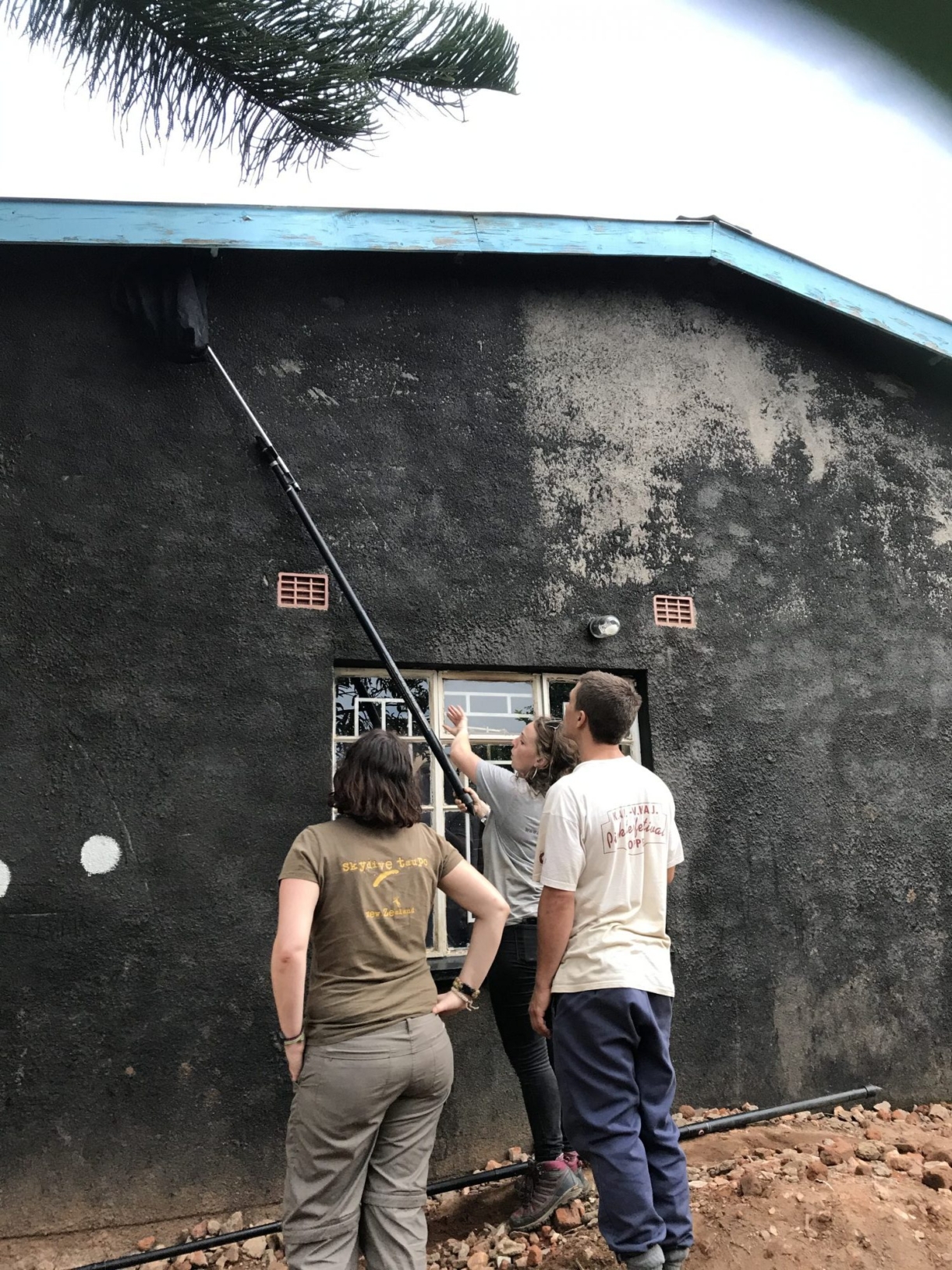 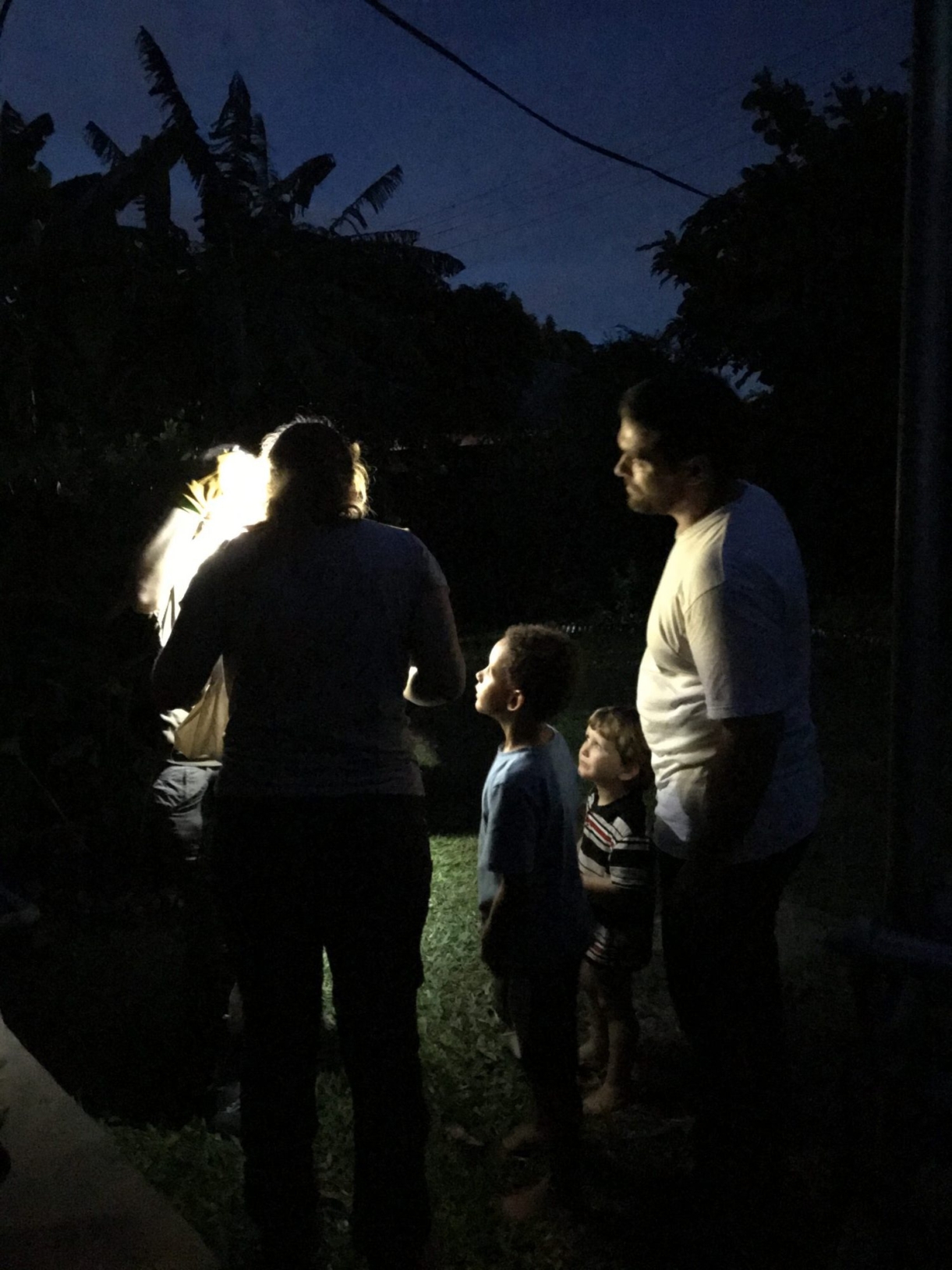 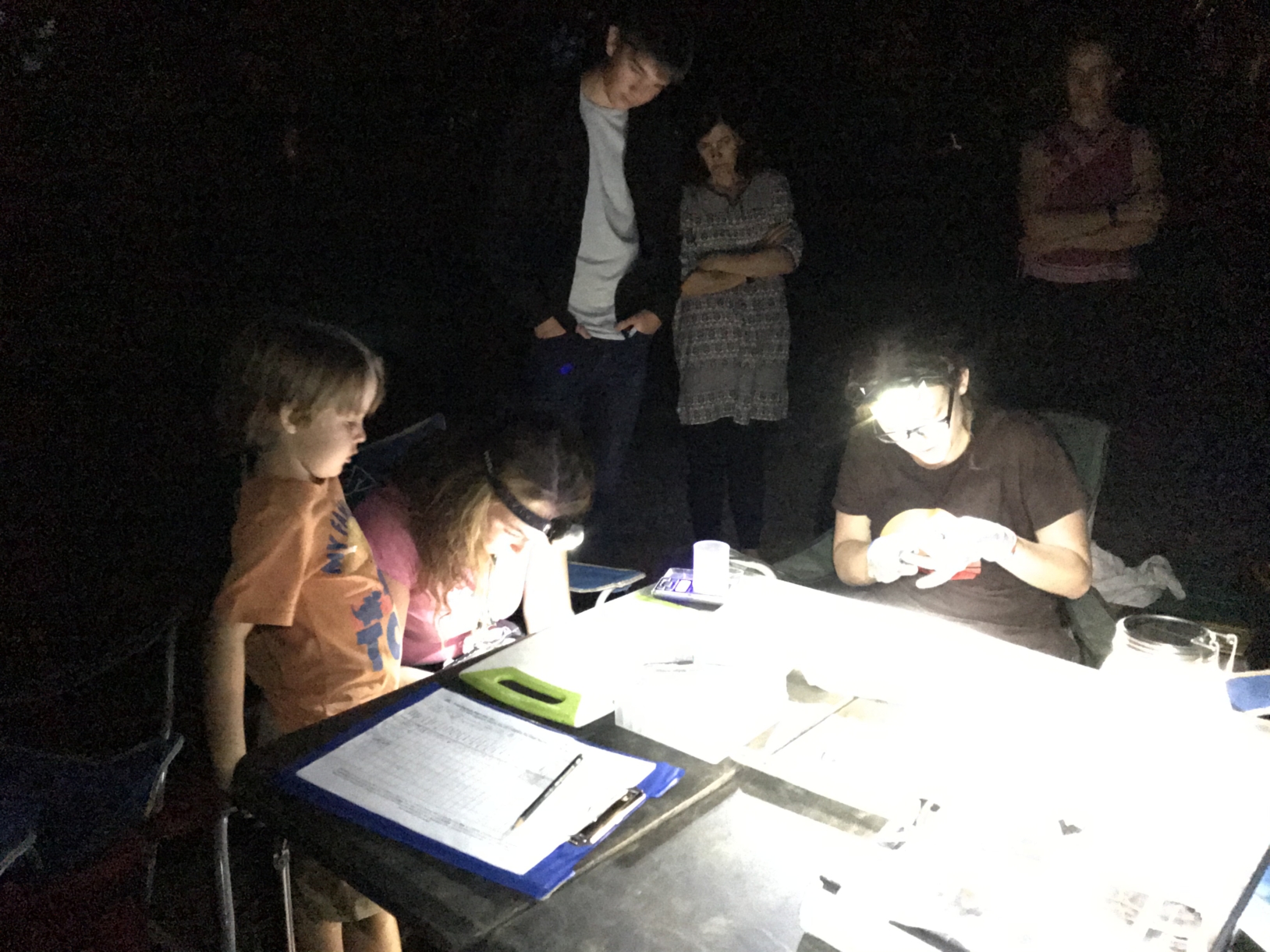 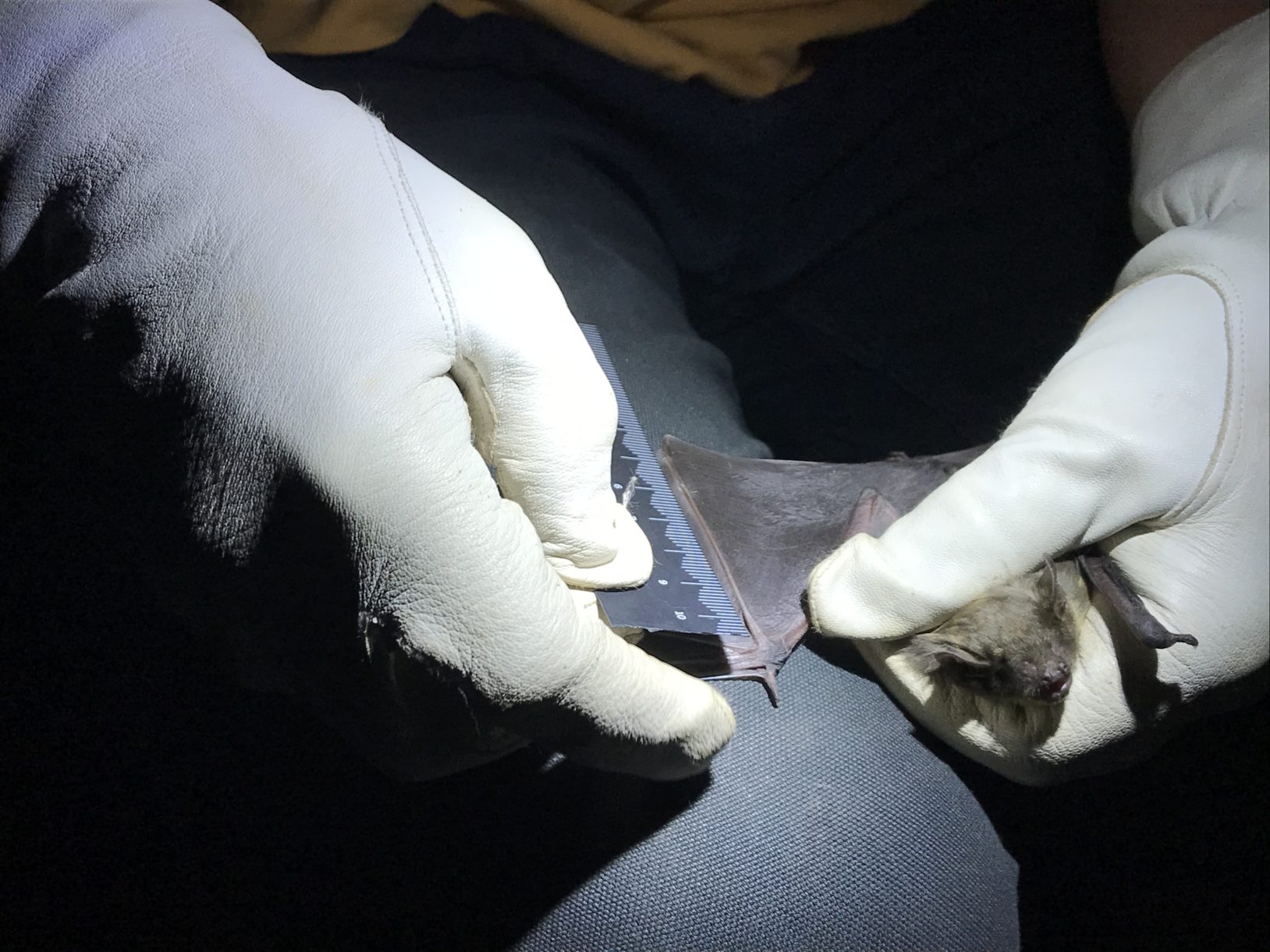 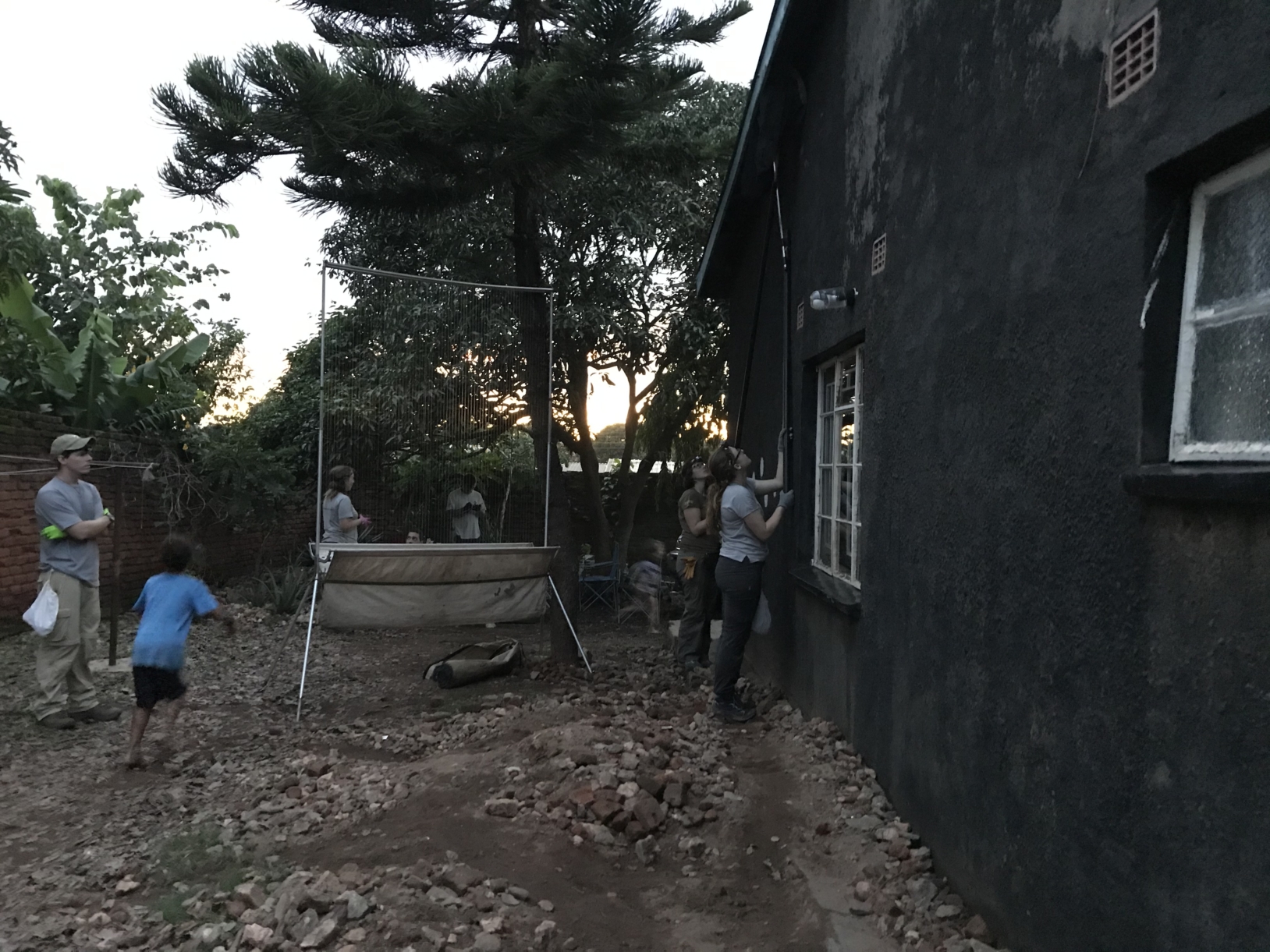