June has been a busy month welcoming the new African Bat Conservation Team, as they are all now out of quarantine, following their arrival into Malawi with some delays. It has been a rather quieter time as it has been just myself and Molly here since the end of March and of course our honorary Bat Team member Dom. But now that she has gone too it has been a welcome change to meet some new faces. The Carnivore Team has a newbie too, so both camps are busier again.

The bat team have been in the field training including conducting bat mist net and harp surveys and some hand net training too. We have had some cool new species at Kuti and I feel like I haven’t seen Horseshoe bats in ages! As well as lots of bat training I was also busy planning my Birthday celebrations which was almost a week long 😉

We started off with a game drive and braai at Kuti Wildlife Reserve, and we were joined by the rest of the crew before heading down to Cape MacClear to stay at this fantastic spot right on the lakeshore of Lake Malawi. One of the best bits about this place is that it comes with a chef, but they do not know what is about to go down. My menu plan is second to none and we are going to eat some of my favourite and most missed meals including Greek souvlaki, sushi (though no raw stuff) and huevos rancheros. 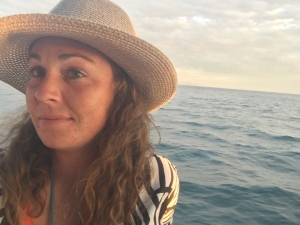 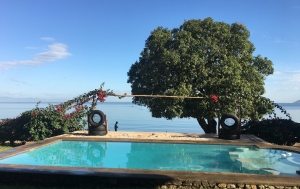 Some days are spent just eating and laying by the pool or trampoline but we also went on a hike, and a boat ride. Some went snorkelling but I was too full still from lunch. Thankfully I swan with the cichlids back when I was a student. After a few nights in Cape Mac we headed to Lilongwe via Dedza. So glad to finally make it here as it is a well known pottery place in Malawi. I have had a few bits from here before, but I have never physically been and just ask people to pick bits up for me when they go. I bought myself a beautiful tea pot set with my birthday money and I also finally got the “Lilongwe Happens” tee from the gang as a present which I am so stoked about. I have been wanting it since January! So happy 😊 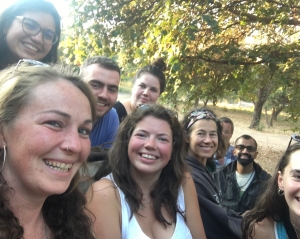 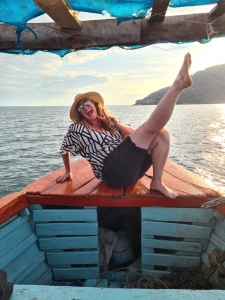 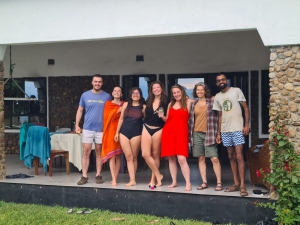 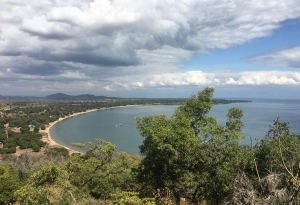 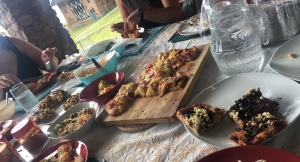