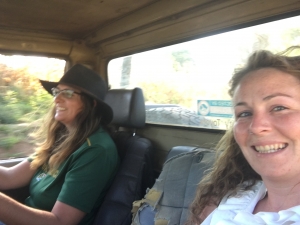 The time finally came for Dom Doms leaving Do. Cannot believe the time has come. I have known Dom now since 2019 when she joined the African Bat Conservation Team and so her departure from Malawi is going to be one of the harder ones. She has also now been my flat mate here at Kuti as she took me in post fire and so the past six and a half months we have been roomies too! She we surely be missed.

Thankfully before she departs, we planned a trip to Cape MacClear and did our PADI Open Water scuba diving course. I have been wanting to do this for years so very happy to get to do it in Malawi and with friends. We spent four nights down in Cape Mac and I am so glad I passed my PADI certification as I thought at one stage I would not pass the test. One of the skills you have to do is removing your mask underwater and put it back on all while still breathing through your regulator. This freaked me out and when I took my mask off my body just wanted to breath through the nose and it spun me out, so I freaked out the first time and shot up to the top. Thankfully we were only practicing at 1.5m so no damage done by shooting up to the top. Definitely cannot be doing that at deeper depths though.

After some practice sessions and an underwater ommm session with my tutor I finally managed to do it. Scuba diving is such an amazing experience! The weightlessness you feel and being able to glide alongside fish is a spectacular feeling, I glad I overcame my fear! We also met some cool people at a bar one evening, who were previously living in the UK, who were kind enough to offer to take us out on their boat the next day. We got to do this boarding on the boat which was super fun but my arms ached for days after! Then after Cape Mac we met up with Dom and Esther in Lilongwe for a farewell lunch and baby Angelena joined us too 🙂 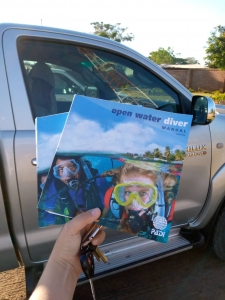 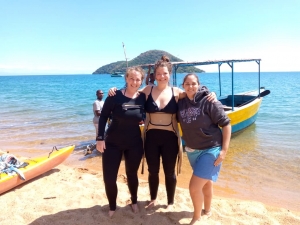 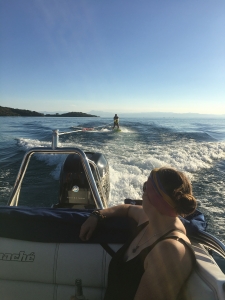 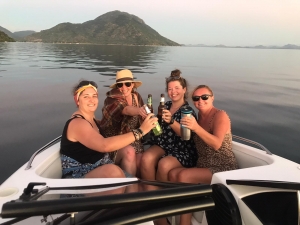 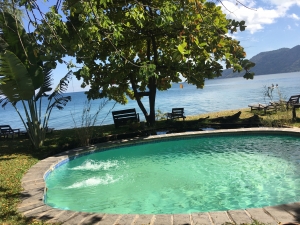 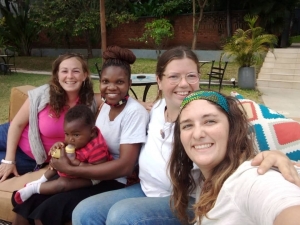 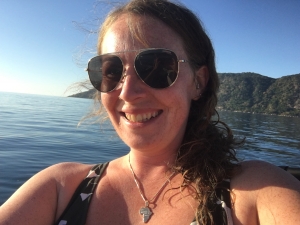