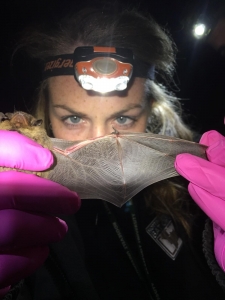 It has been my fifth year taking part in the BCT National Nathusius Pipistrelle Project as part of Nottinghamshire Bat Group ( https://www.nottsbatgroup.org.uk/ ) and for the last two years I have been leading them for the Group as part of the national project licence. NBG has been involved since the pilot days and has been a great way at engaging and training members. It is one of the ways I became so fascinated with bats and was able to learn as much as I did as quickly. It is always so different when you are seeing bats up close and the trapping sites are next to waterbodies so always make for beautiful sunsets when you are setting up and about to start a night of bat research!

The National Nathusius’ Pipistrelle Project ( https://www.bats.org.uk/our-work/national-bat-monitoring-programme/surveys/national-nathusius-pipistrelle-survey )was launched in 2014 with a grant from the People’s Trust for Endangered Species to improve the understanding of the status, ecology and conservation threats for Nathusius’ pipistrelles in Great Britain. The aims are to:

During NBG’s involvement in the project, we have caught over 1000 bats of 11 different species and we have had 178 different Nathusius’ pipistrelles captured, processed and released with rings (158 males, 20 females) as well as 26 recaptures (all males), including one that had ‘migrated’ from Colwick Country Park to Attenborough Nature Reserve in 2015. When we catch a Nathusius pipistrelle, we attach a little almunium band on either its left (if female) or right (if male) forearm. By doing this we can trace individual bats should they turn up elsewhere and then we can figure out who put the band on in the first place and therefore where it has travelled from. It is also how we know that we have recaptured the same individuals and sometimes we may recapture a bat many years after it was originally ringed. Some other long term ringing studies have enabled researchers to better understand population dynamics and how bats might use roosts or the landscape!

In other parts of the UK seven long distant migratory records of Nathusius pipistrelle have been found: one bat ringed in North Somerset was rediscovered in Holland in December 2013; a bat from Latvia was recaptured in East Sussex in October 2015; two bats from Lithuania were recaptured in Kent in August and October 2016; and two bats from Latvia turned up in Greater London in August and September 2017; one bat from Latvia turned up in Essex in September 2017; and one bat ringed in East Sussex was found in Belgium in September 2018. So they can really travel some distance these small little bats!

30 of the bats caught since 2015 have been sub adults and we had hoped that 2019 was going to be the year of finding a potential maternity roost, but sadly we only caught one female this year! IT was still a great survey effort and I wish to thank all the volunteers that come out and help on these as we couldn’t do it without you! Overall this year we caught 236 bats of 8 different species on our 14 bat group surveys. Not bad going seeing as we reduced our survey effort! 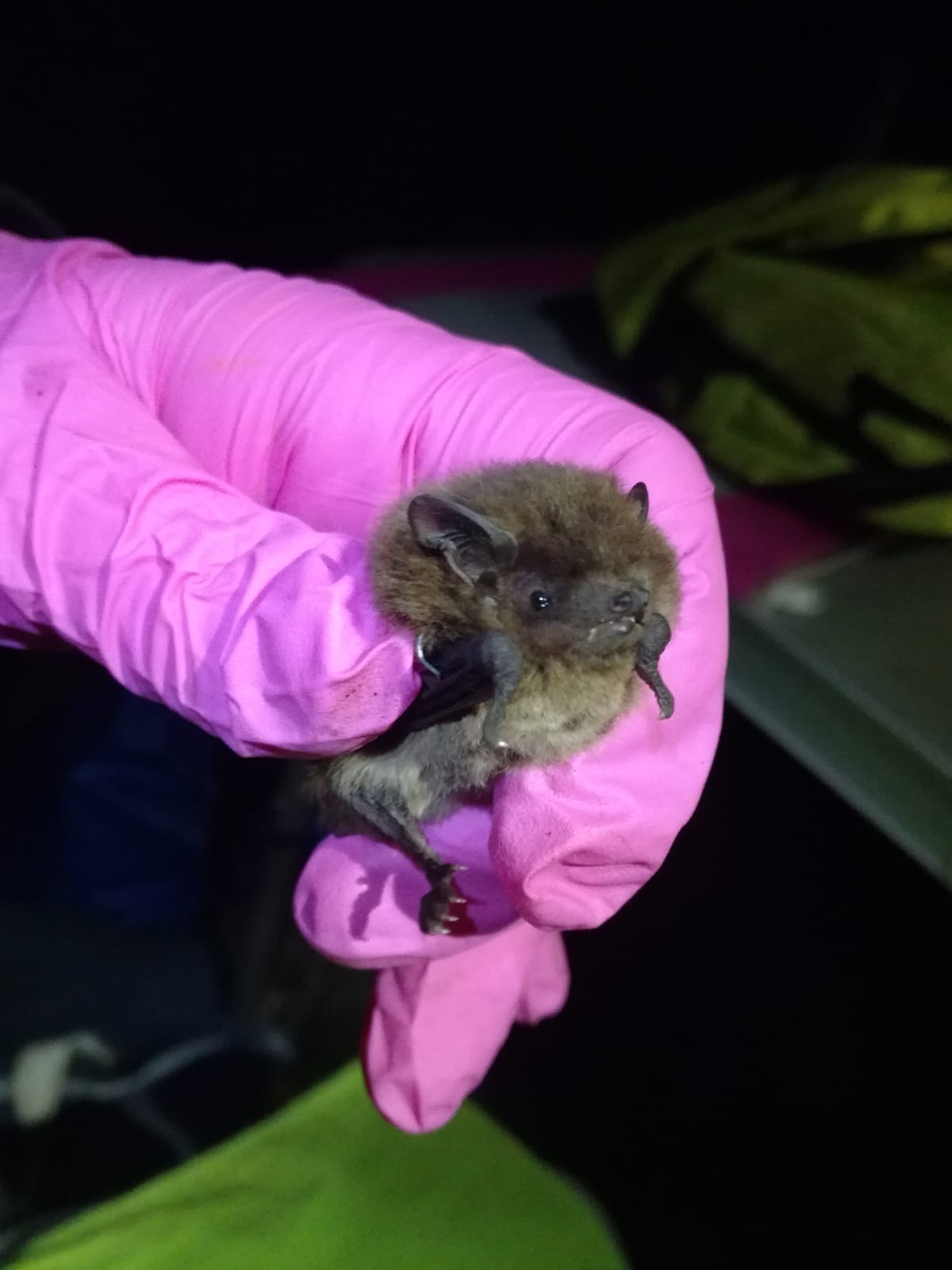 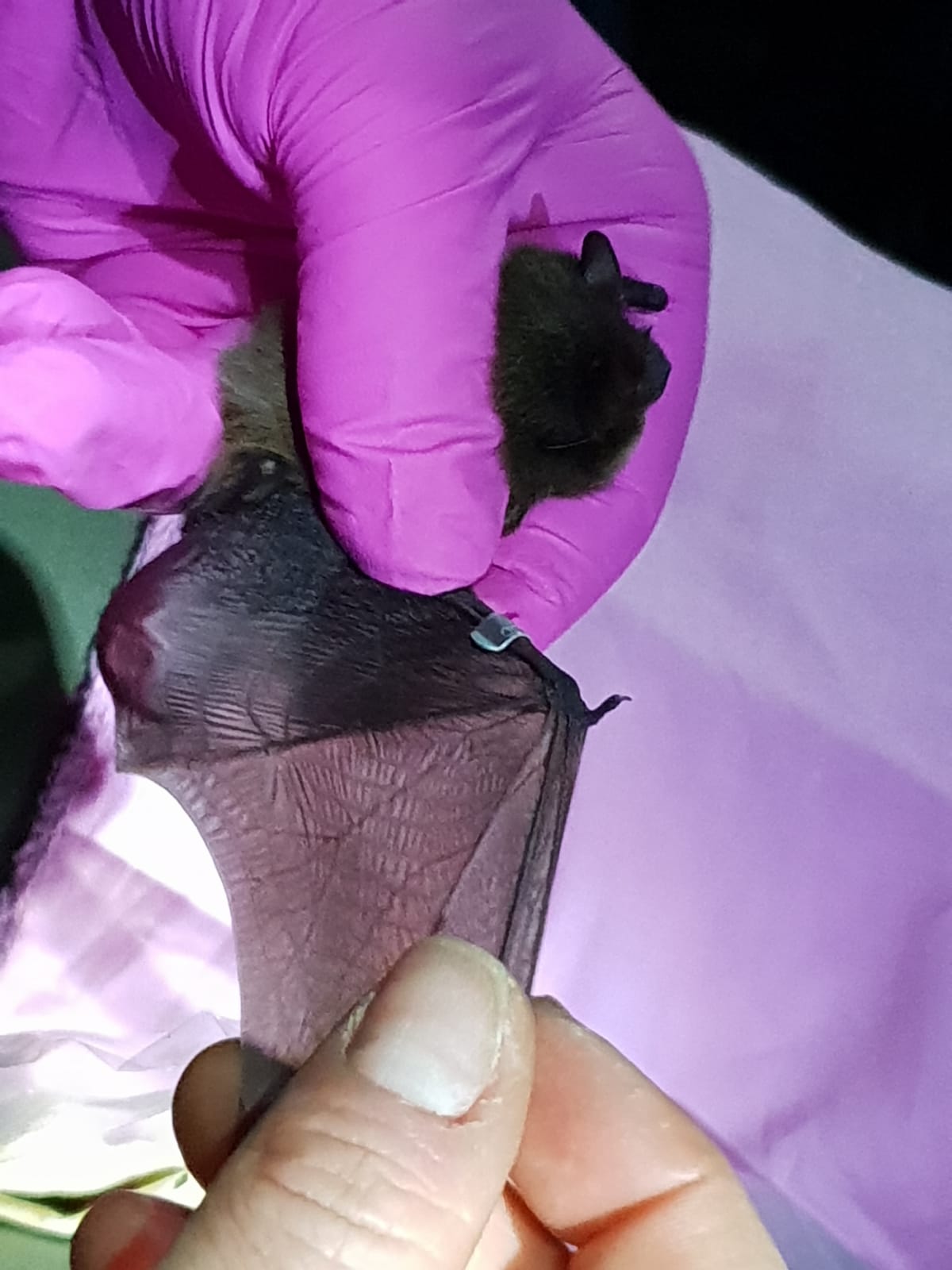 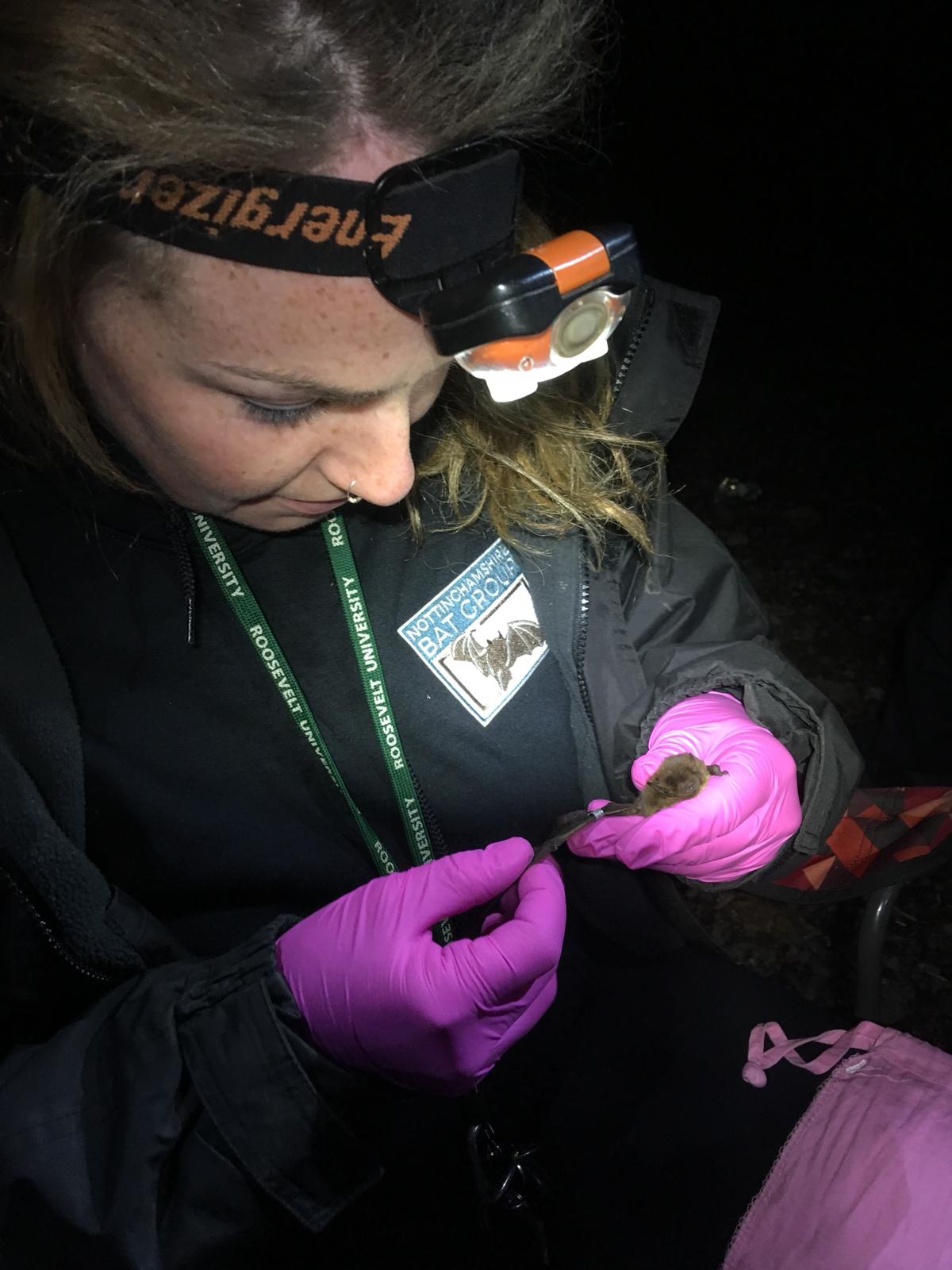 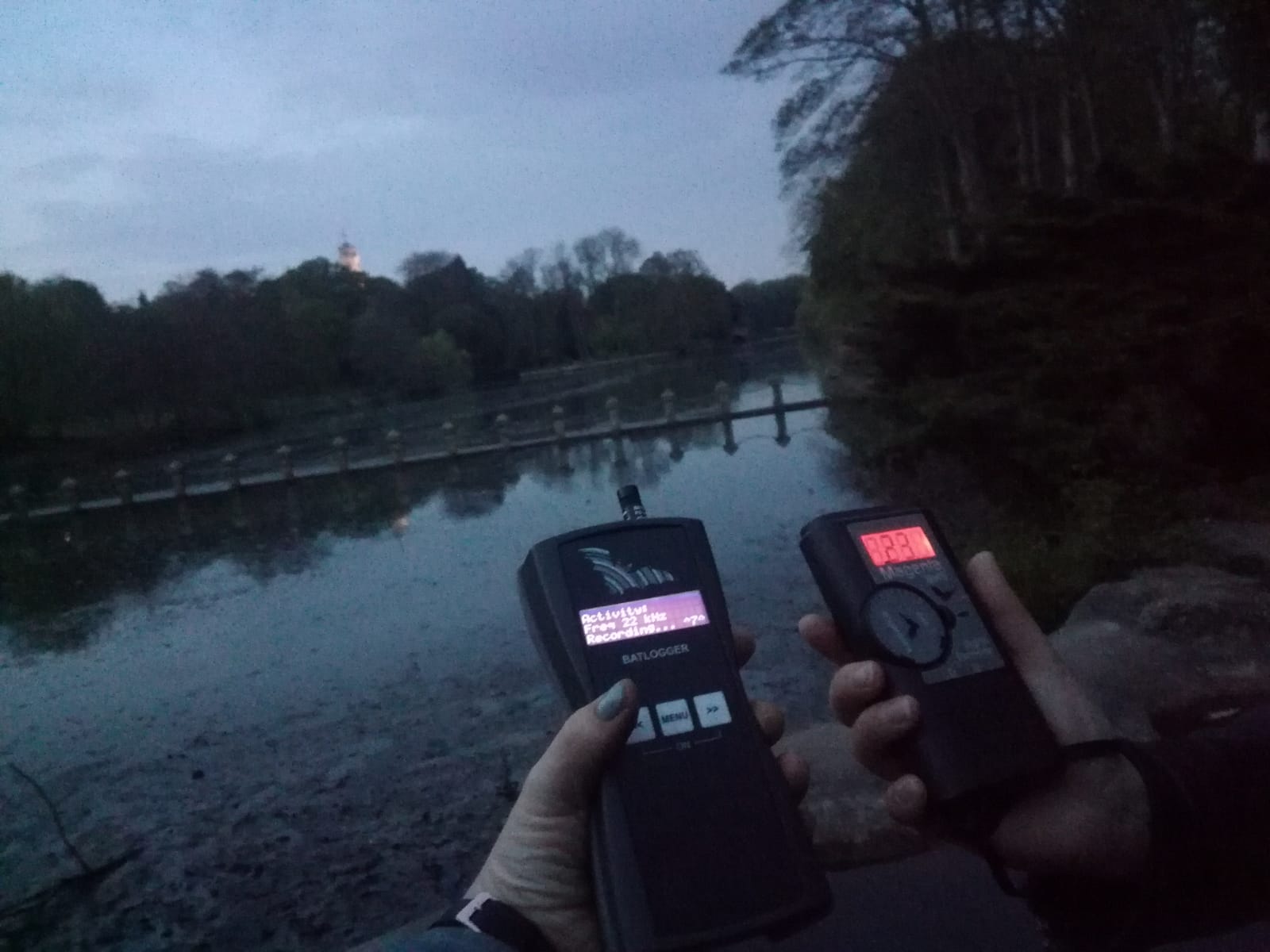 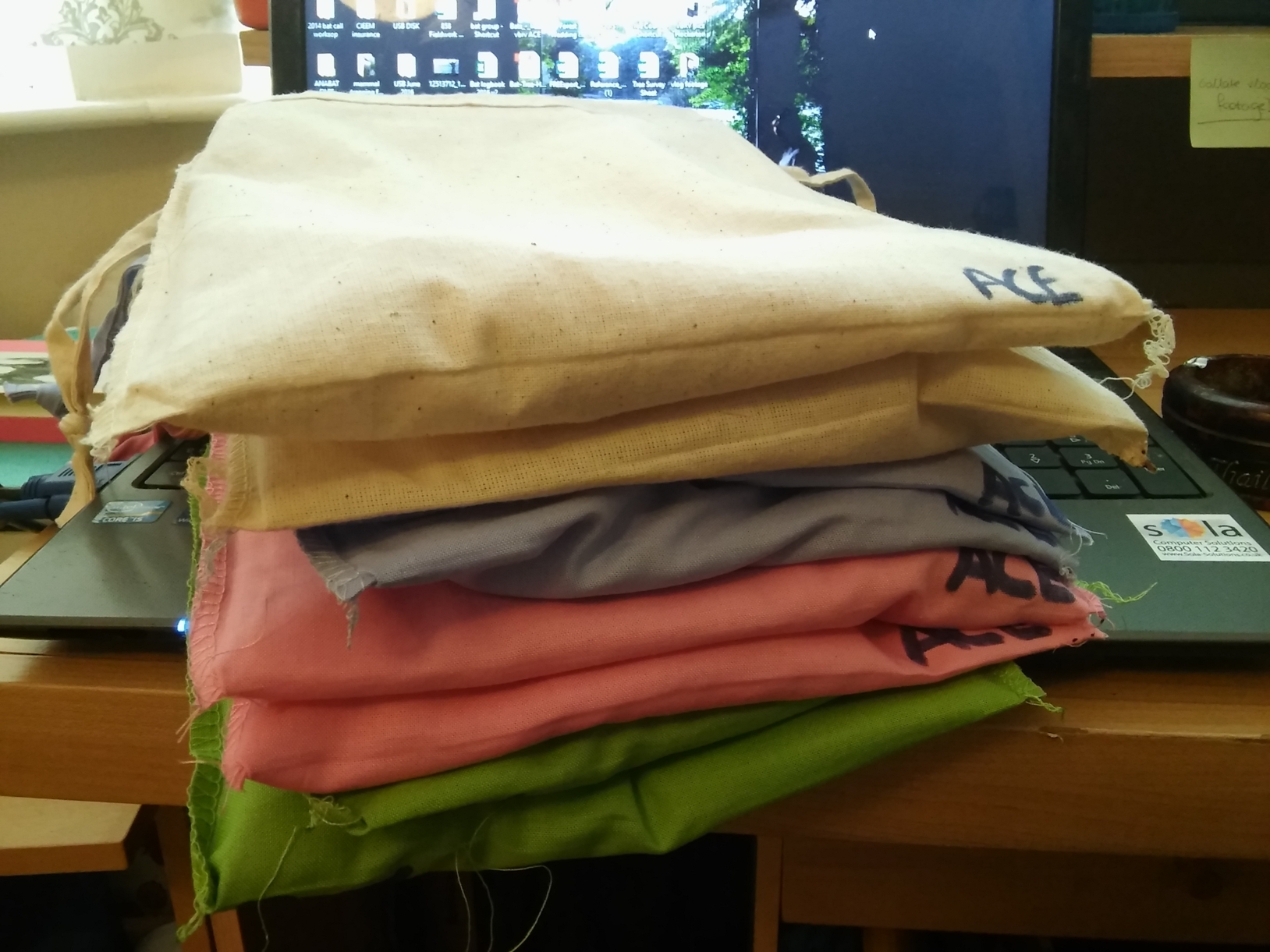 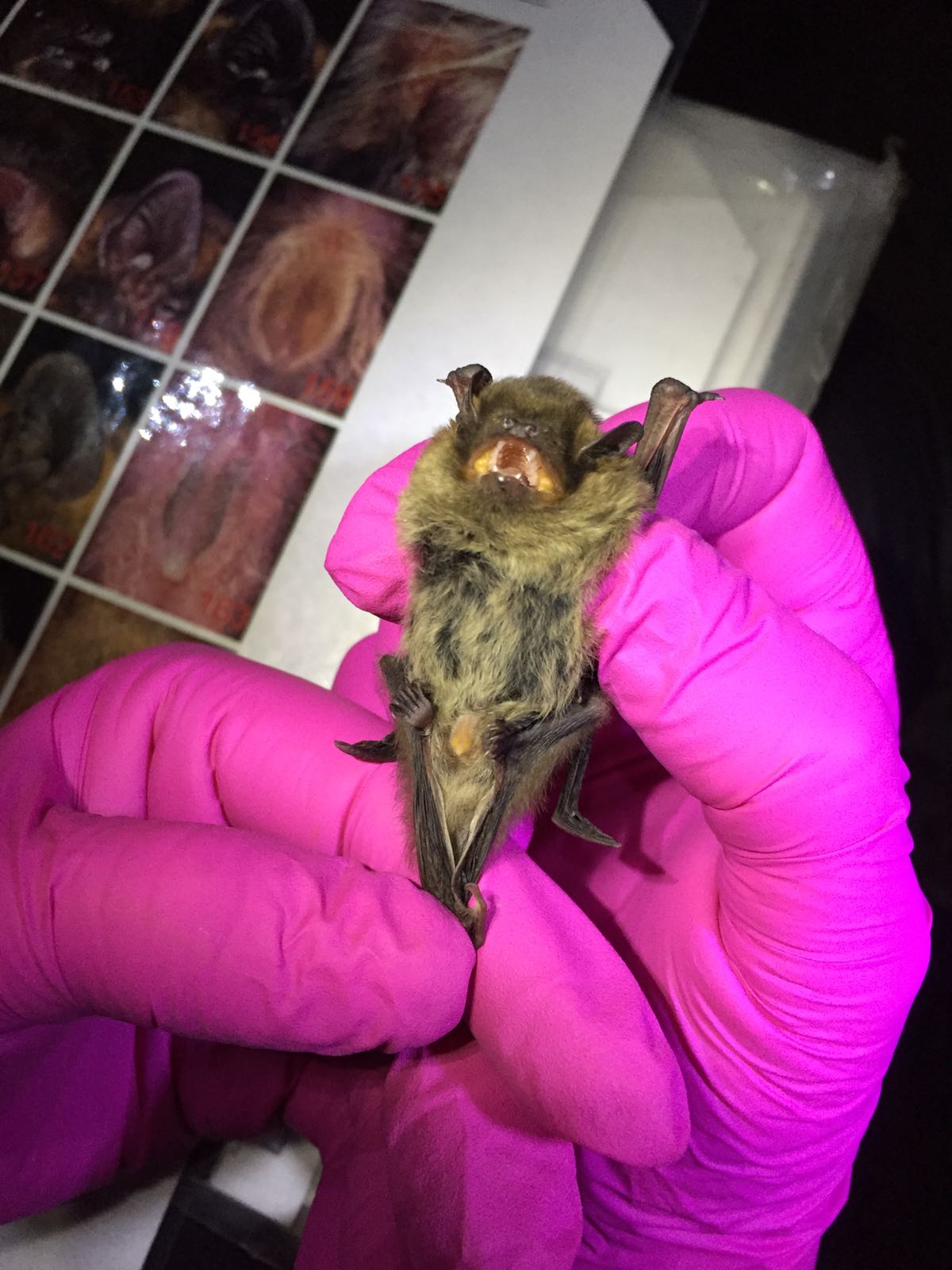 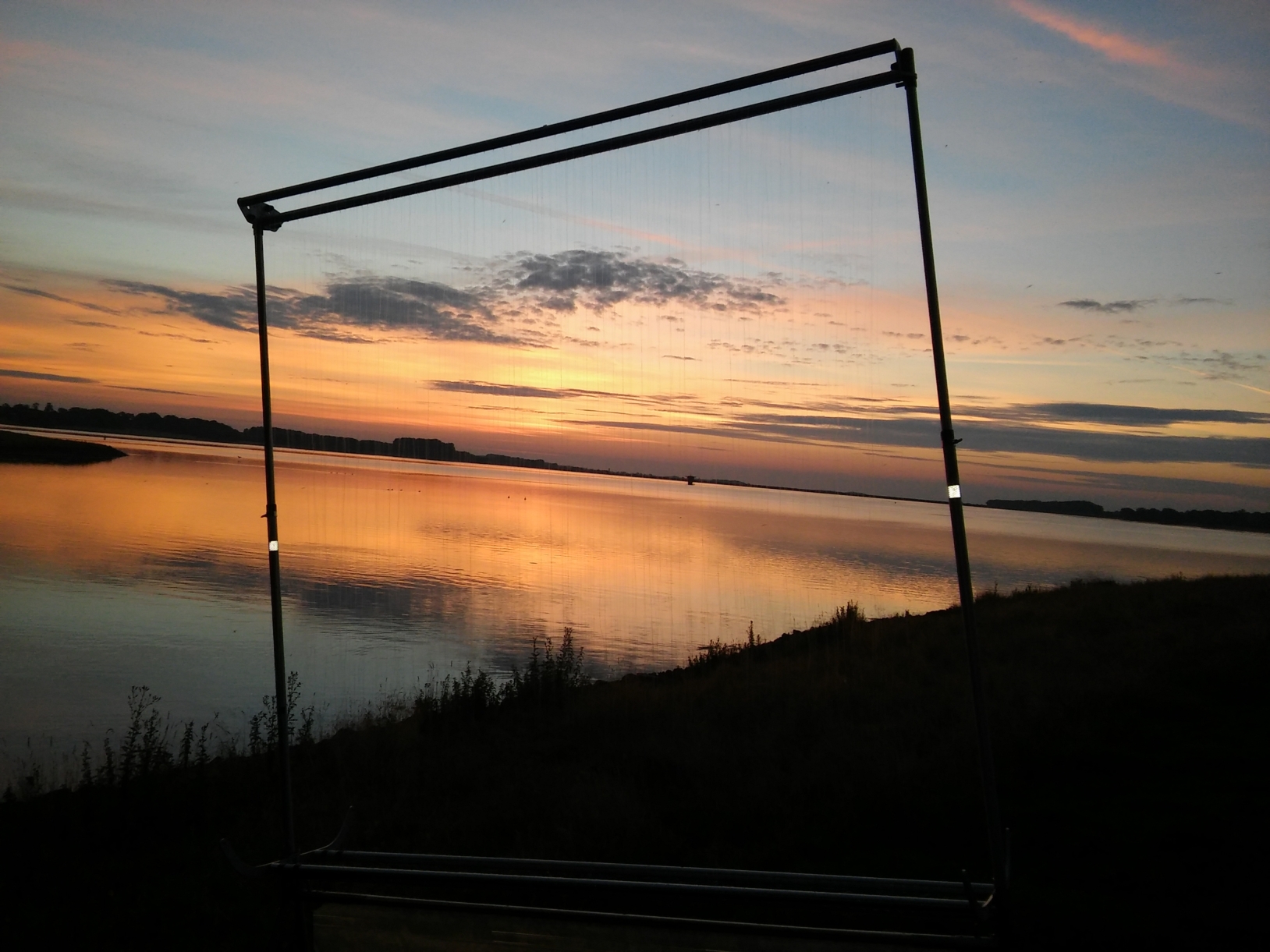 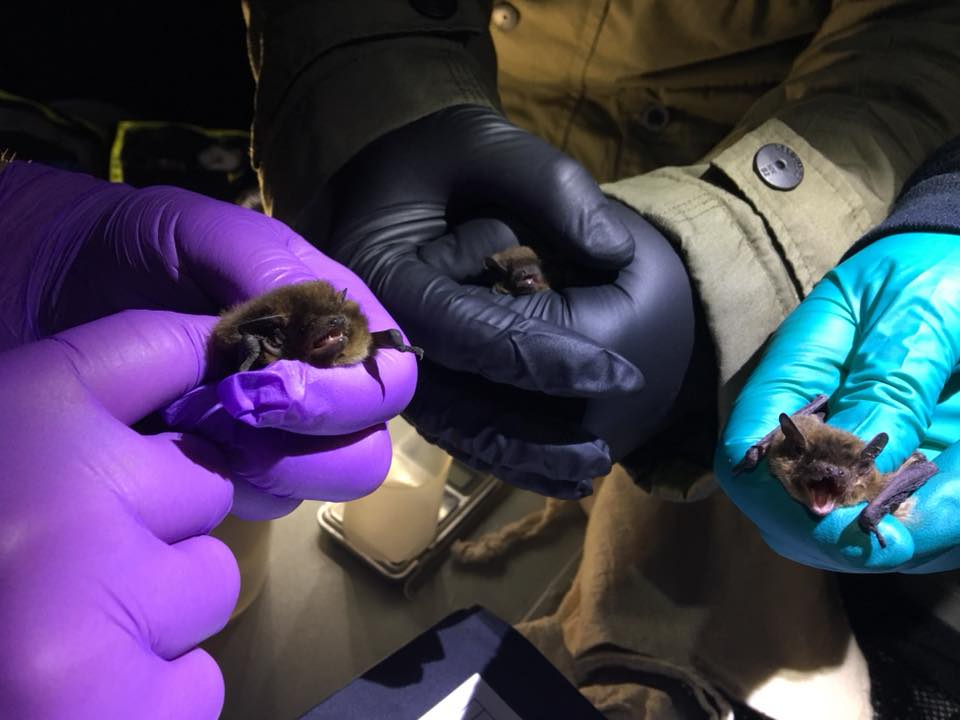