As part of Sophies masters project we have been meeting with several Chiefs of the villages and we have been granted permission to survey at various woodlands / graveyards to the east of Lilongwe. Due to traditional ceremonies and respected resting places of their predecessors, the woodlands that are used as graveyards have remained in contact and thus contain a mixture of successional species and age of stands. To enable us to go into the graveyards for our surveys we have had to be initiated in rites of the Chewa culture, Gule Wamkulu. Gule Wamkulu is a secret cult, involving a ritual dance practiced among the Chewa in Malawi, Zambia, and Mozambique. and it is performed by members of the Nyau brotherhood, a secret society of initiated men. Below you can see me at Peter with one of the top Chiefs and in the other pic you see the team with lots of the local kids doing ‘mileme’ hands, which is Chichewa for bat! 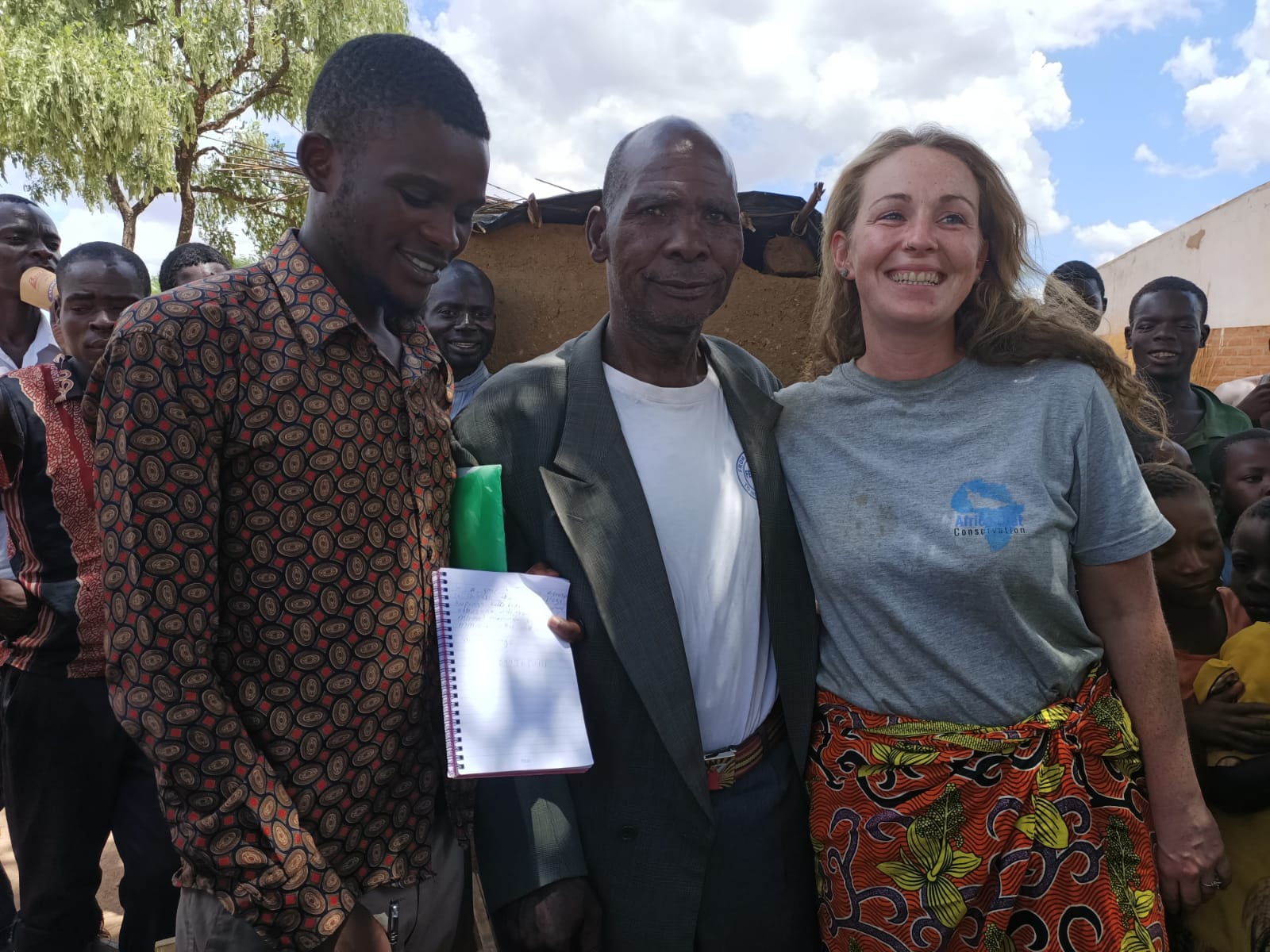 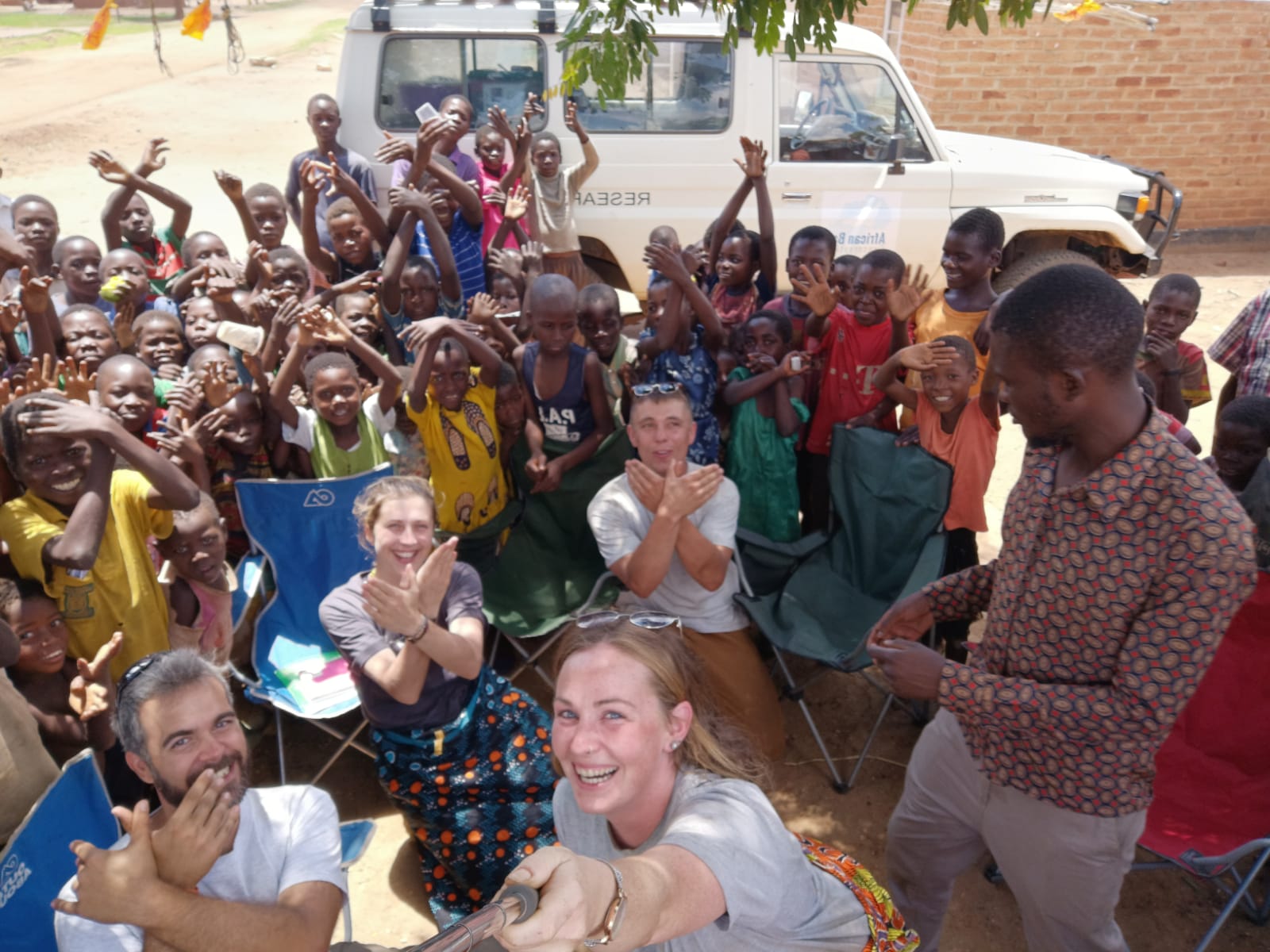 Normally, women are not allowed to be part of this but for the reason of the surveys myself and Sophie are considered scientists rather than women. When meeting with the Chiefs, myself and Sophie must wear traditional chitenge skirts, which you wrap around. They are really beautiful designs and you can see some here in a picture form the Chitenge Market in Lilongwe. Efforts to be respectful of the culture and beliefs of the villagers have continuously been made however this can sometimes resulting in time delays before surveys!

Sophies project aims to investigate connectivity of habitat patches and composition of the surrounding structural landscape on distribution, species diversity and abundance of bat populations. There are still challenges present, as the team is required to ask permission to access every woodland and always are under the supervision of several villagers and chiefs.

So far on each survey we have had the local village kids come and assist us in setting up the mist nets and harp traps which is a great way to engage with the community and to get a chance to teach them about bats! Our education officer Peter does a great job talking to the Chiefs and explaining about all the good stuff bats do and it gives them a chance to see bats up close which is always very engaging. They even stay up late with us and help with packing down as well as being helpful carrying back stuff to the car, what legends! 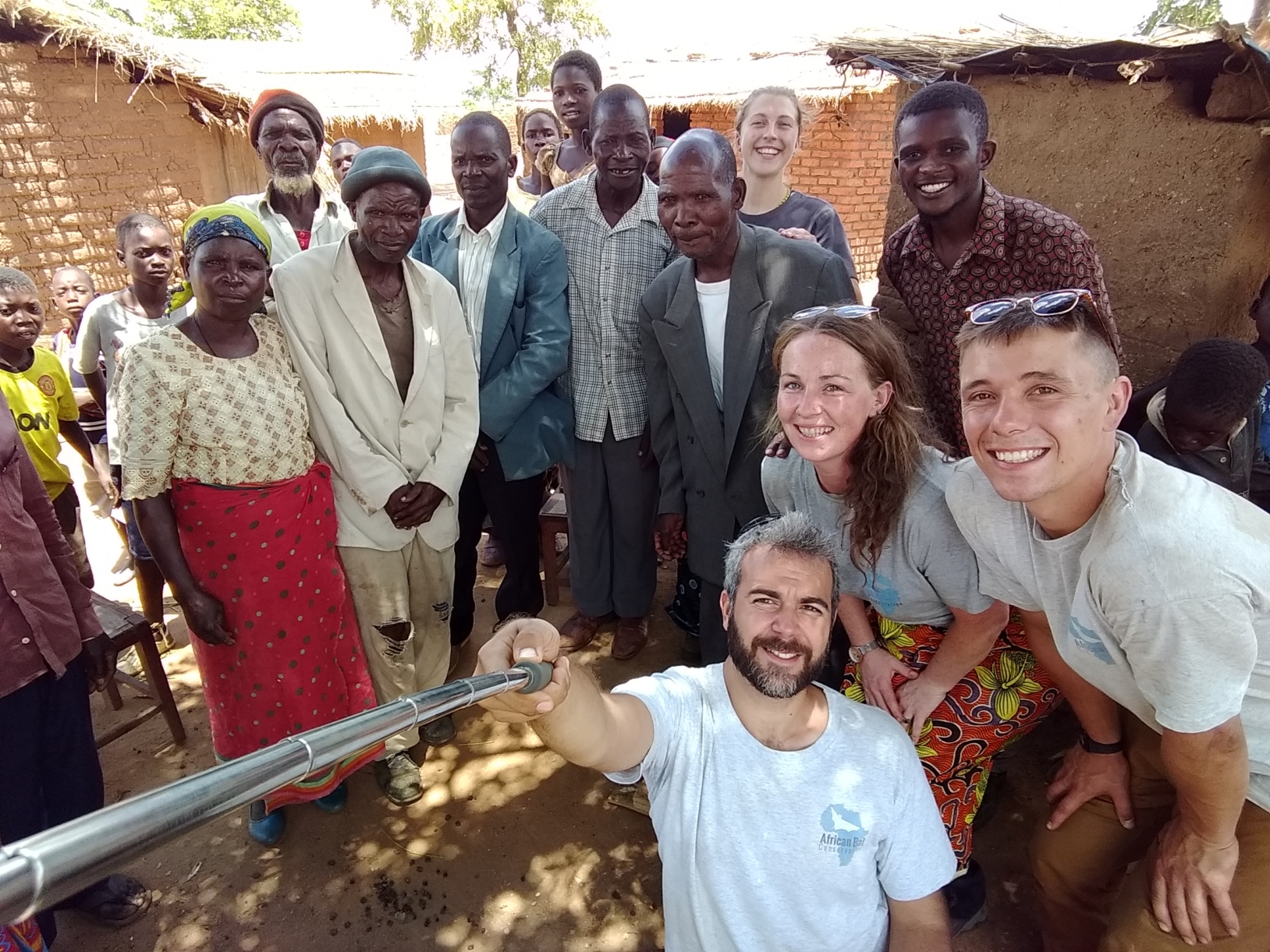 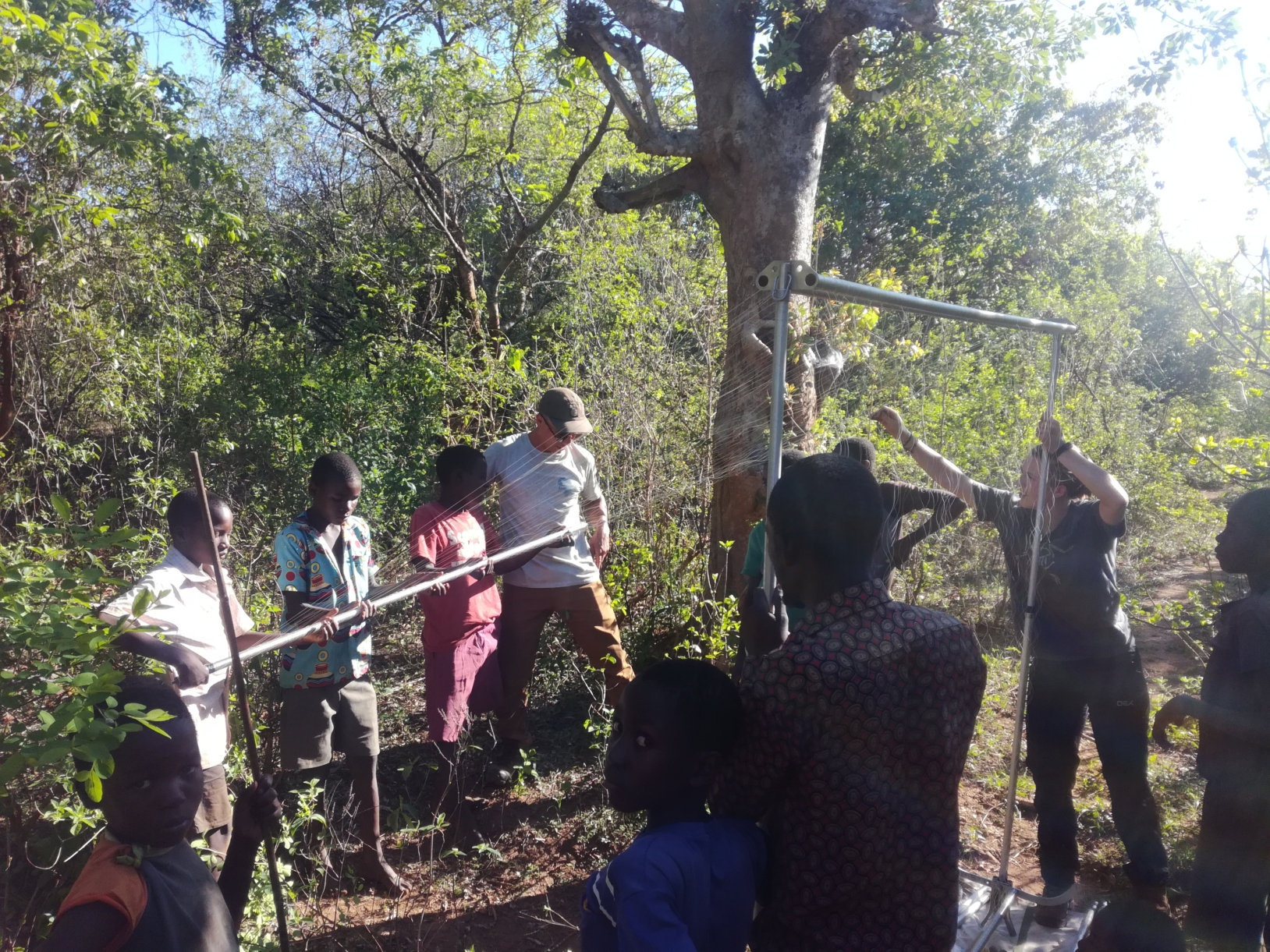 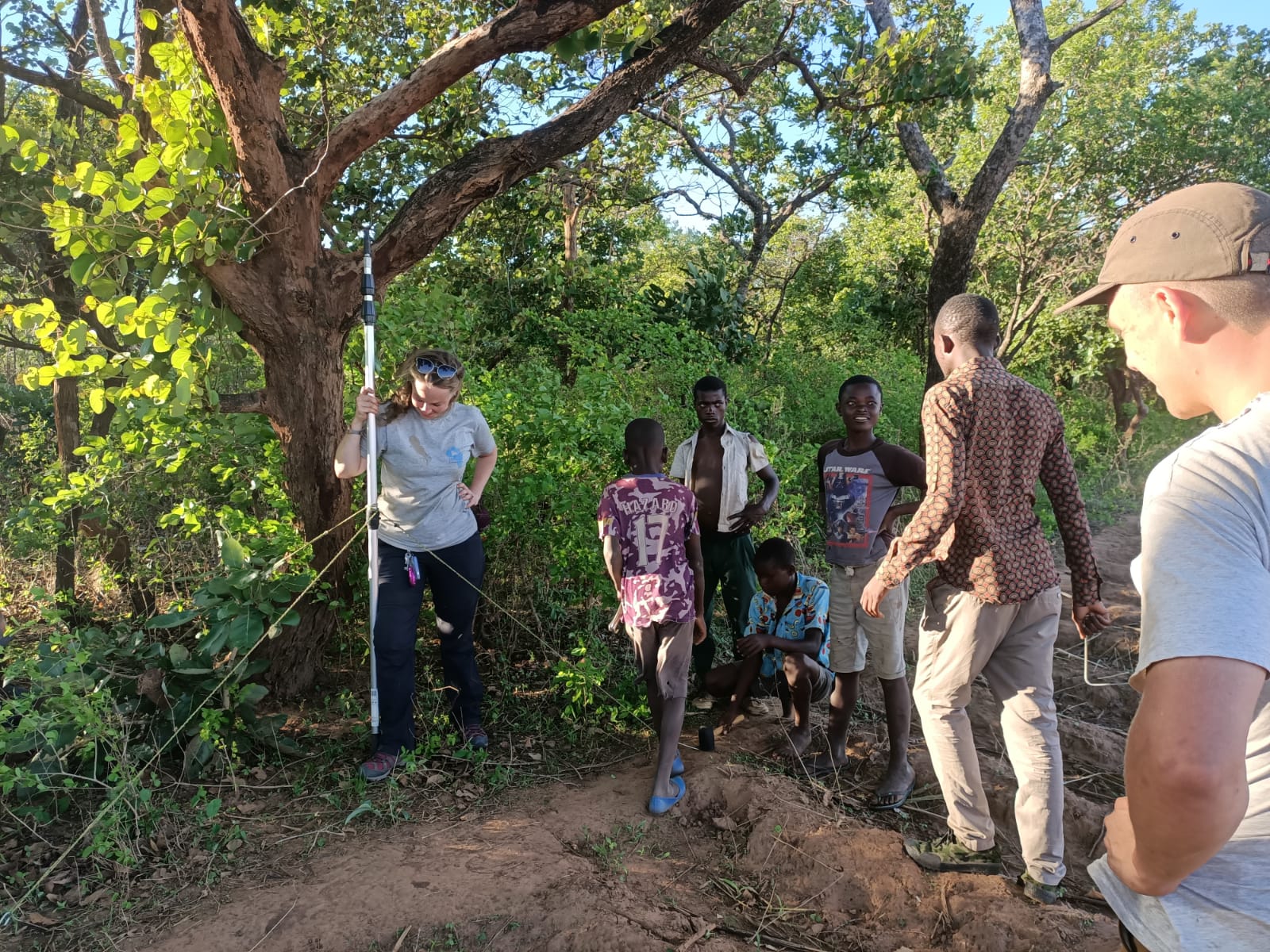 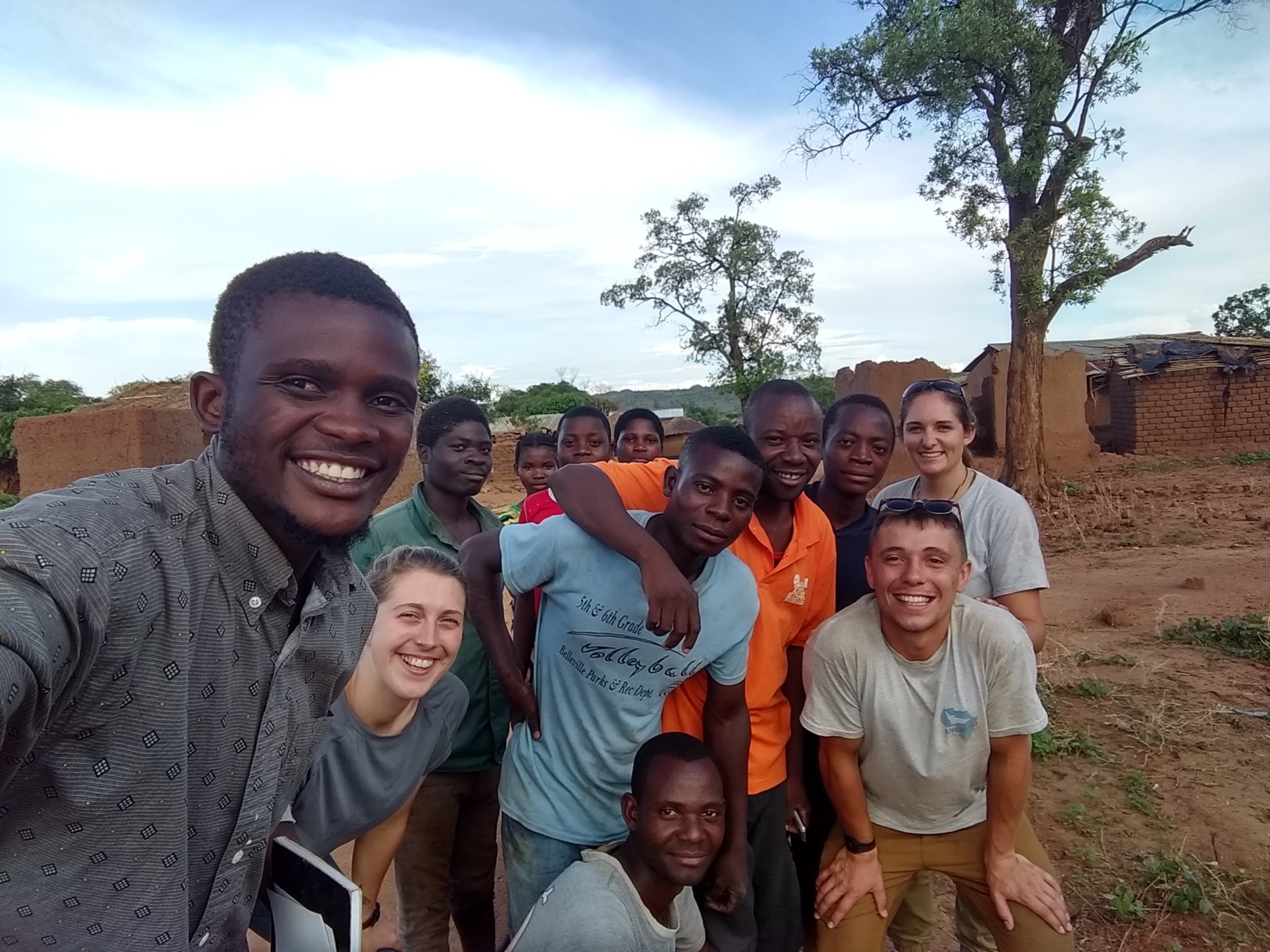