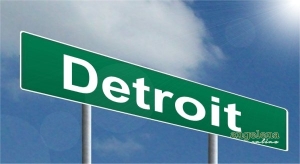 Detroit was once upon a time the ‘go-to’ place to get a stable job, earn a good living and become middle class. It was the fourth largest city in the U.S.A. However, things changed in this majestic city and the fall was even faster than the rise. To get a better understanding I am going to summarise some history on Detroit, the reason being the City gets a really bad rep. I spent a fair amount of time here during my scholarship and found it fascinating….

During the 1600’s, France began establishing forts in strategic locations in order to try and keep the British from moving west, out of New England. The area that had become known as le Detroit was an obvious location for a major post as the river was narrow (enough that a cannon could be fired from one side to the other) but substantial enough to provide a defence and the surrounding Great Lakes meant easy travel. The court in France agreed, and Cadillac established a settlement at the Detroit River in 1701. However, the British took control in 1760. Detroit burned to the ground on June 11, 1805 just three weeks before it was to become the capitol of the Michigan Territory. The fire turned out to be one of those blessings and Detroit grew from the ashes better than ever before. 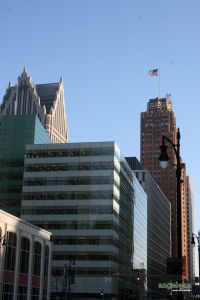 Practically overnight, the population of Detroit soared. Between 1900 and 1930, over one million new residents moved into Detroit to help support the booming automobile industry. Low-cost housing popped up to house these thousands of new workers, many of whom came from Europe or the American South in search of work. When more favourable federal labour legislation was passed as part of the New Deal (F.D. Roosevelt) Detroit became one of the country’s most unionized cities.

When the United States entered World War II, most of Detroit’s considerable production capacity turned to the manufacture of tanks, jeeps, and bombers for the war effort. Labour unions sprang up to protect the rights of the many auto workers, and relationships started to get complicated between the unions and the manufacturers. Morale in the city started to droop, magnified by the epidemic of racism in early twentieth-century America…. tbc