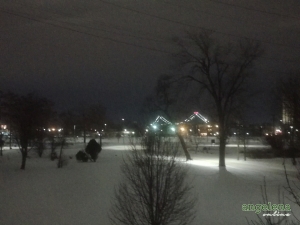 It all came to a head in 1943 with the Detroit Race Riot on the evening of June 20 through the early morning of June 22. The race riot was ultimately suppressed by the use of 6,000 federal troops. It occurred in a period of dramatic population increase and social tensions associated with the military build-up of World War II, as Detroit’s automotive industry was converted to the war effort. Existing social tensions and housing shortages were exacerbated by the arrival of nearly 400,000 migrants, both African-American and White Southerners between 1941 and 1943. The new migrants competed for space and jobs, as well as against European immigrants and their descendants. Rumours spread like the plague, and violence went with them. When the dust finally settled, this tragic event claimed lives, injured people, and resulted in over two million dollars in property damage.

In the late 1960s, racial tensions engulfed parts of the country, at the cost of lost lives and abject destruction. Such was the case in Detroit during the summer of 1967, when one of the worst race riots took place. Mayor Coleman Young, Detroit’s first black mayor, wrote, “The heaviest casualty, however, was the city.” It was the beginning of the ending for a city that once stood tall with head held high. And it was the beginning of what became a much subtler social movement.

While the suburbs began to draw people out of our cities in the 1950s, Detroit’s neighbourhoods and their demographics changed drastically and quickly after the 1967 riots. White residents fled by the thousands, affecting municipal infrastructures, tax bases and jobs. It set the stage for similar urban race-related exoduses around the country. The term “white flight” has become less common in recent years but the term describes the white people whom were living in racially diverse communities, who began to sell or walk away from their homes. I heard this term through talking to a few different people from the City, we spoke of the types of divide and conquer tactics that sadly are in our world and seems to always be. These movements were often born out of fear and sometimes outright racial prejudice.

Anyways these last two blogs might help you understand why now Detroit stands so empty, so divided. The blogs are a mixture of me researching online but also from what the local people told me about the times. I stayed in downtown, I stayed in the ‘Hood’ and I stayed in ‘White Suburbia’ so I got a pretty good feel for the City. Each had its own good and bad. Anyways, next time more on my trip!